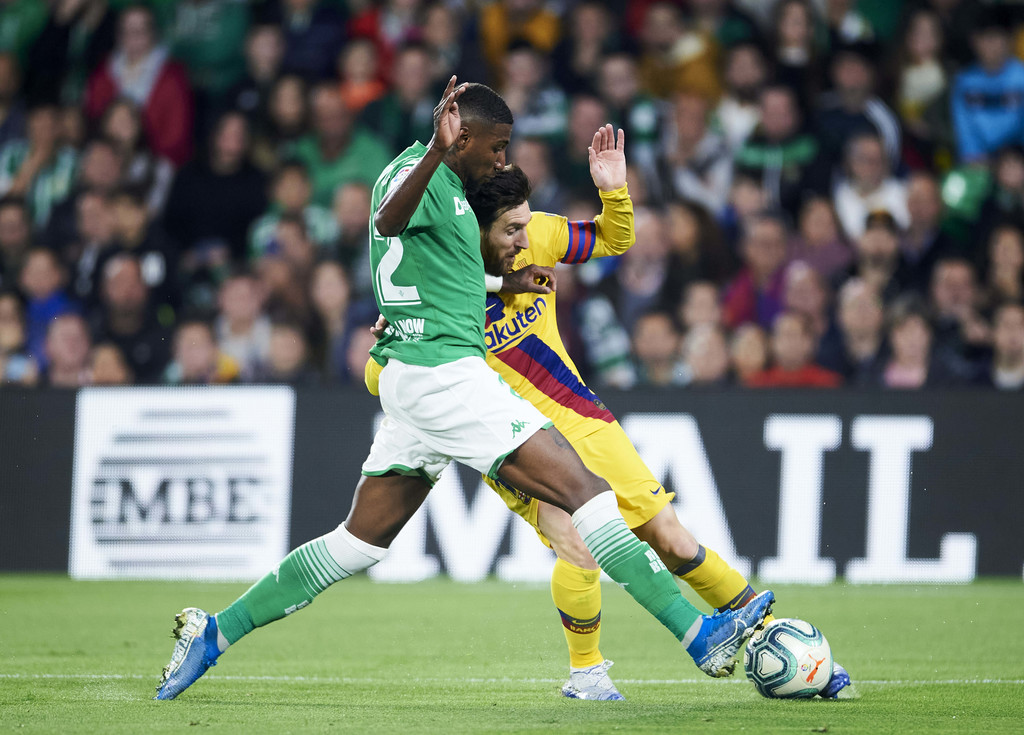 As Barcelona look towards the transfer window, the club has ideas in mind for what to do with Emerson, currently on loan with Real Betis.

When Barcelona bought Emerson de Souza (21) from Brazilian side Atlético Mineiro in the summer of 2019, the club paid 6 million euros, with Real Betis paying the same amount.

This meant both clubs had rights to the player equally, through a 50 percent split. As part of the deal, and due to Barcelona already having enough right-backs in the team, he was consequently loaned out to the Verdiblancos for two seasons, until 2021.

While Barcelona were open to having Real Betis keep him until 2021, and thus uphold the initial agreement, their perception of him has changed, according to SPORT.

The young full-back has taken on a key role at Betis and has proven himself to be a player for the big games, as well as not being complacent in the less important fixtures.

His quality and focus has helped him become an integral part of Rubi’s squad in Seville. Since then, he has also garnered the interest of Barcelona, who now, per the same report, are considering acquiring the player prematurely. Although that would allude to the Catalan side keeping the right-back in the club in the long run, the Barcelona camp might acquire him, but look to sell him on, per the same report.

The club is looking to be active in the transfer window, and Emerson could be part of that.

If Semedo leaves for a good sum, or if Emerson attracts the interest of other clubs, Barcelona could look to get him before 2021, either to keep him instead of Semedo, or include him in a player swap deal.

The right-back currently with Betis attracted interest from two Premier League clubs prior to the coronavirus pandemic, though their interests since have hit a standstill. However, the defender moving on should not be ruled out, per the same report.

His young age and his physical presence makes him an interesting asset to have for many clubs, with Real Betis preferring not to hear anything regarding his potential departure at the moment. Despite this, Emerson’s entourage, per SPORT, await Barcelona’s decision, as the Catalan side looks towards getting green numbers on their monetary bills. A hectic transfer window awaits, with multiple leagues, including LaLiga, having been suspended this season, making proper preparation crucial for clubs looking for a changes in personnel.