In Ronald Koeman’s third el Clásico as a coach, he will aim for his first win which would mean Barça overtake Real Madrid on points.

This Sunday afternoon at 16:15 local time, eternal enemies FC Barcelona and Real Madrid will face each other at the Camp Nou. It will be the 247th competitive edition of a rivalry between two Spanish giants, with Real Madrid just about edging the most wins (98). During Pep Guardiola’s time as Barça coach, the Catalan team often had the upper hand, and this continued for a few years. However, Real Madrid hasn’t lost against Barça since March 2019.

FC Barcelona had a difficult start to the current season. The first two games in the Champions League were both lost by 3 goals and Barça currently sits in seventh place in La Liga with four wins out of eight games. However, Ronald Koeman’s team is getting stronger and stronger because of players like Coutinho, Aguëro and Ansu Fati returning from injuries and talents like Gavi emerging.

On the other hand, Real Madrid seems to look good in second place but only has two points more than Barça, and Los Blancos suffered an embarrassing defeat in the Champions League to the Moldovan debutants FC Sheriff Tiraspol at home. Carlo Ancelotti, another former Everton manager, had a good start to the season, but his side didn’t win any of its last three games before the international break.

When El Clásico is coming up, anything can happen and there’s not often a clear favourite. The whole footballing world will stop what they’re doing for some hours and enjoy 90 minutes of usually spectacular football. During the years we’ve witnessed some great games and outstanding individual performances from some of the best players. This will be the first Barça – Real since Leo Messi, the best El Clásico player there’s ever been, left Barcelona. Messi always showed up when needed the most and holds the record for the most El Clásico goals. When he wasn’t there, other greats like Luis Suárez, Neymar, Andrés Iniesta or Xavi Hernández would come up clutch for Barça. Now, a new era begins, and it’s a chance for new, young stars like Ansu Fati, Gavi and Memphis Depay to make their mark. Spanish media have even named this Clásico the edition of Ansu Fati and Vinícius Júnior, two exciting talents who are both doing well.

Real Madrid has also lost some of its stars like Cristiano Ronaldo and Sergio Ramos, but their holy midfield trinity of Toni Kroos, Casemiro and Luka Modric remains intact and will be fully available. Los Blancos also have Karim Benzema up top, who’s having an excellent season and is currently both top goalscorer and top assist provider in La Liga. Centre back David Alaba is a doubt for this Sunday as he has a minor injury.

For FC Barcelona, Pedri misses out due to an injury. Gavi will most likely take his place in midfield alongside Sergio Busquets and Frenkie de Jong. In attack, both Ansu Fati and Memphis Depay seem ready to start, which leaves one spot. Sergiño Dest has recently done well as a right-winger, but might be needed in defence if Jordi Alba, who has been included in the matchday squad, doesn’t return from his injury in time. In that case, there would possibly be a place for Sergio ‘Kun’ Aguëro’s El Clásico debut. Alejandro Baldé has also returned from an injury and could be an option in a defence that’s missing Ronald Araújo.

Barça has already revealed another impressive mosaic that will be shown with the help of the fans when the players enter the field. The club hopes a game like this will interest the supporters enough to come to the Camp Nou, which has been a bit empty recently. Both Ansu Fati and President Joan Laporta have asked for their much-needed support. 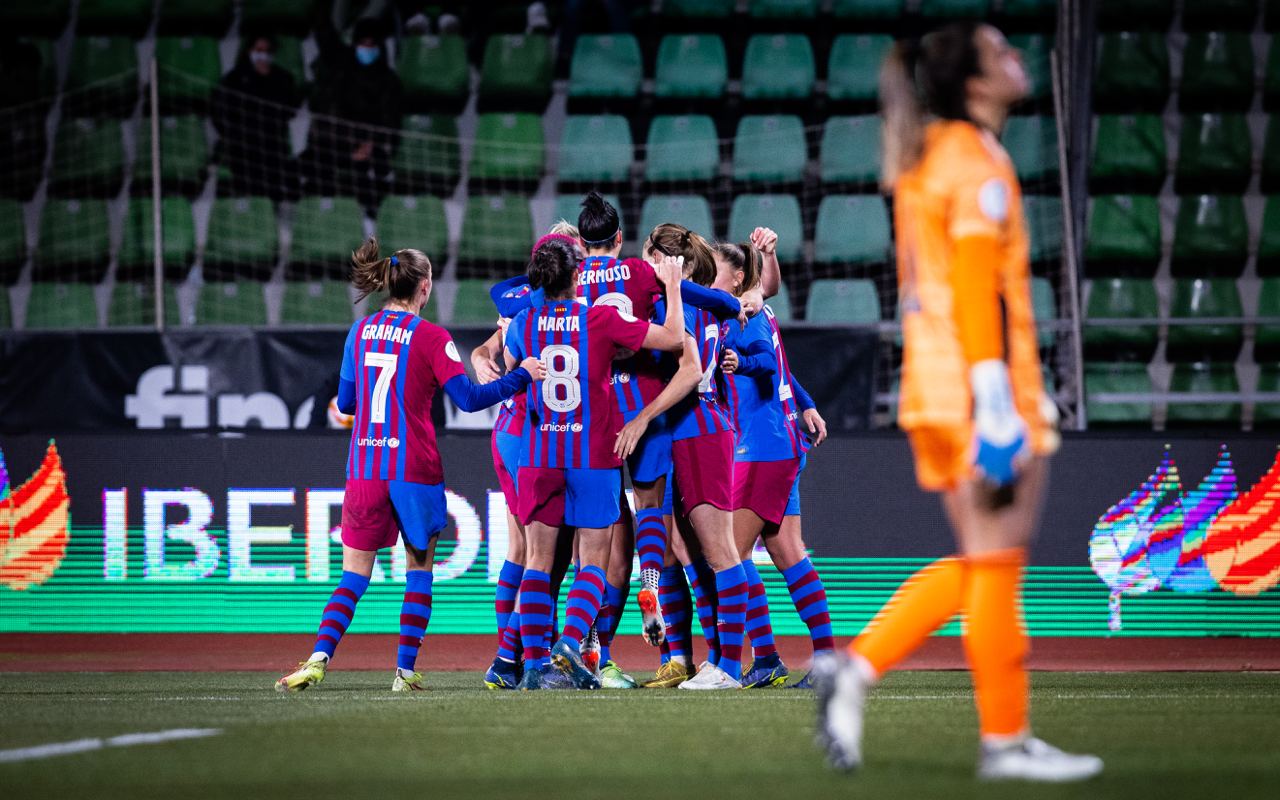 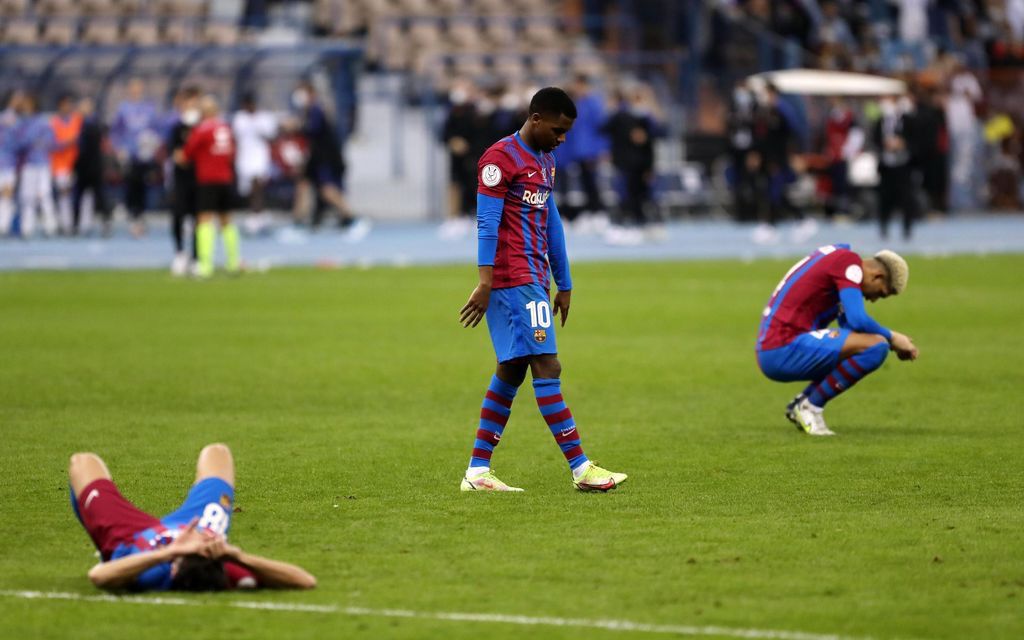 Xavi: “We are on the right track, and it was a turning point” 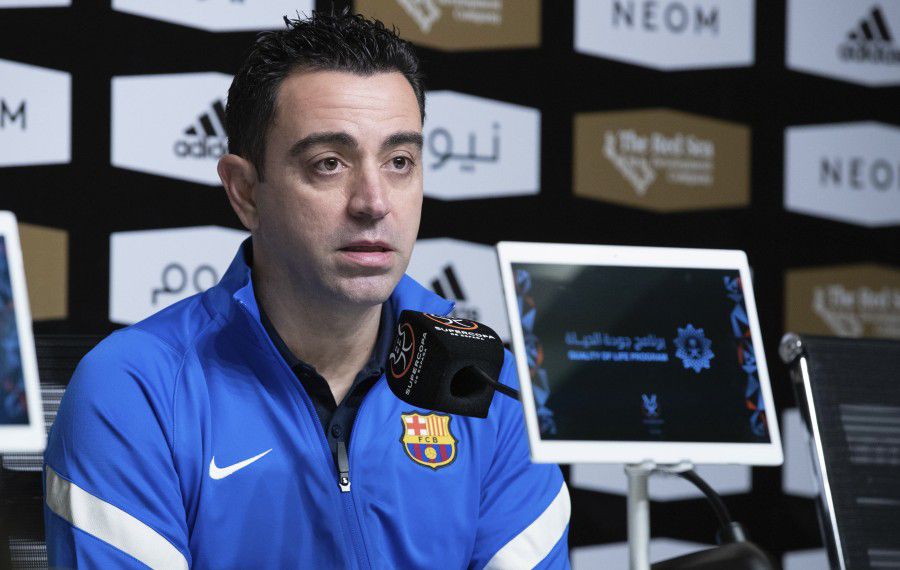