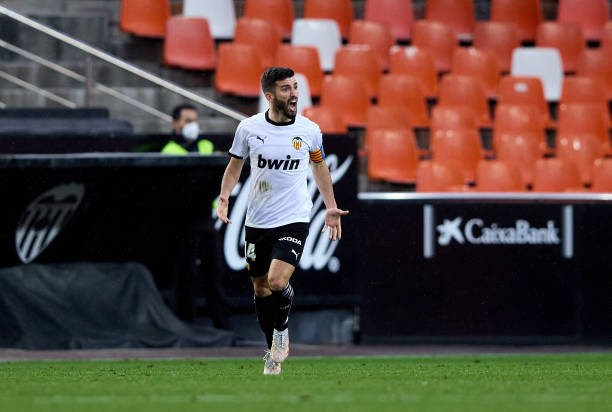 Jose Gayà has put his contract renewal on hold due to doubts regarding the stability of Valencia’s project. Barça are reportedly interested in signing the left-back as they look to solidify their defence and are monitoring his situation closely.

According to Super Deporte, the future of José Luis Gayà in Valencia is currently in a delicate situation. The captain and emblem of the Mestalla club continues to harbor many doubts about his continuity and the possibility of an extension of the contract that has not been resolved before the European Championship. The waiting time from the player’s environment does not respond to economic motivation, but to the seriousness and stability of the sports project that Valencia is going to present, and which in the last two seasons has plummeted until it has brought the club into a situation of possible collapse.

Valencia’s corporate prospects in the very short term are not optimistic, with the club heading for more sales and without Peter Lim showing any intention of injecting capital or renegotiating the maturity of the 54.5 million loans, which expire in September and that compress the payment schedule to 120.7 million. A feeling of setback has been all but confirmed by president Anil Murthy, with the announcement of another summer similar to the previous one in terms of transfers. Gayà has started considering other factors that until now he had never seriously considered, being more receptive to the interest of other clubs.

It is at that point where FC Barcelona comes into action, the best-positioned club even though Gayà is an old target of Diego Pablo Simeone for Atlético. The arrival of Mateu Alemany to Joan Laporta’s new Barça has increased interest in the 26-year-old defender. In addition, his hierarchy as a starter in the Spanish team in the Euro Cup, above Barcelona’s Jordi Alba, reinforces his market price.

The concerns of Barcelona are based on ridiculous amounts being demanded, even for the weak position of Valencia. Peter Lim, despite the poor negotiating skills exhibited in many of the sales, is not willing to part with Gayà easily. Alemany himself, a consummate negotiating strategist, knows that throughout the summer Barcelona will have to increase the offer to have a shot at signing Gayà. At the moment, Barcelona’s movements have been extremely austere, with all the additions, for now, at zero cost, as has happened with Kun Agüero, Eric García, and Emerson. Even the continuity of Ronald Koeman is explained from the bad economy, since he will continue to be the technician because there is no money to sack him.

In a context of financial need and with a growing feeling in the dressing room of several footballers wanting a change of scene, Valencia wants to offer Bordalás the guarantee of the continuity of Gayà and Carlos Soler. The coach said in his presentation that there were untouchable footballers, alluding to the two Valencians, captains, and emotional connectors of the team with the stands. At Mestalla, the former Getafe coach is facing the greatest opportunity of his career and is the main figure trying to convince Gayà to give the vote of confidence to the club of his heart.