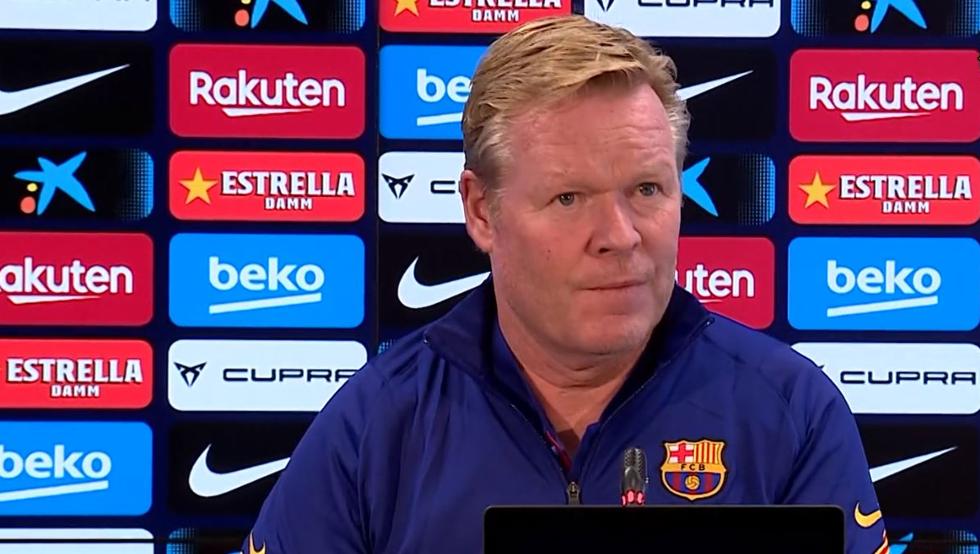 Barça coach Ronald Koeman once again sat down for his pre-match press conference prior to Thursday’s away game against Celta Vigo.

“We expect a difficult game. In recent years we haven’t been able to win away at Celta Vigo, it is complicated. Celta are a good team, with good technical players. We have to perform.”
“It is very positive that the team captain asks for unity in that way. This is always positive. I hope we can be more calm that we have been lately.”

“Sergiño is doing the medical examination and hasn’t signed yet. Until then, I prefer not to talk about it. He is a young full-back. It is also a matter of preparing for the future. He will have to compete with other full-backs. He is young and has played in the Champions League, I am sure he will be very useful.”

“This controversy is everywhere. Not only in Spain, but also in other countries. There are many decisions, especially on the question of handball. It is very complicated. The task of the referees is getting more difficult Sometimes they let VAR come into play too many times. At the end of the season (the amount of decisions for and against a team) will balance out. If we talk about offside, i fully support VAR. If we talk about handball, i don’t agree as much.”

On signing a new striker

“We have to analyse what we lack. We know that the club has financial problems, like all clubs, but there are one or two positions in the team where we look to improve. We are working on bringing in a striker. The club will work hard to bring one in. If we don’t manage to bring anyone in, i will not complain.”

“I’m not worried about it. I think Antoine is doing well from the right wing. He has much more freedom to move inside and he does that well. With the Dutch national team we played against France, and Antoine played on the right. He has different qualities and he is dangerous when he moves from a wide position to the inside. We also look for depth on the right wing.”

Rafinha not getting minutes

“For players who doesn’t get many minutes, it’s best for them to leave.”

A new center back or striker?

“It is equally important to strengthen both. We are weak in central defence, with only Pique, Lenglet and Araujo. That’s why we’re bringing up Santi Mingo from Barça B, to have an extra centre back. The position is weak for the tough season that we’re going to have.

“I like to play a system where everyone is comfortable, but I don’t change the system often. We have to look more at ourselves more than anything. We train them to prepare for the games.”

“We have had 4 weeks of preseason and we’ve worked hard. We have only played one game, there may be changes, but I don’t want to rotate because it is not necessary.”

Barcelona struggling in away games

“In principle, playing at home does not have to be different to playing away. We want to do the same thing. To push the opposition, play, dominate, and look to perform well. What happened last year doesn’t interest me. We are confident and we have to show it away from home.”

“I spoke with Sergiño about playing for the Netherlands, but he decided on the United States. No problem. It’s good for American football.”