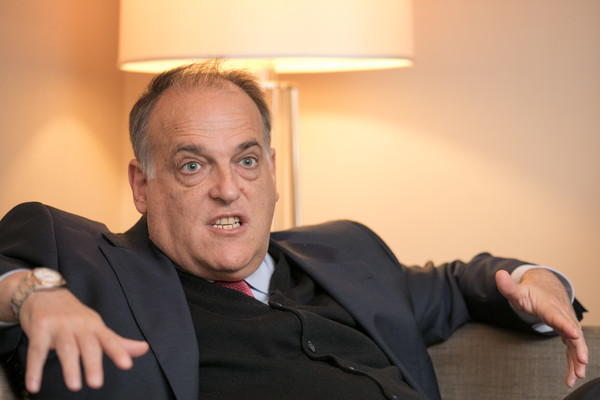 The coronavirus outbreak has cooled down in some countries, and LaLiga are optimistic that the season can be finished before the summer market opens.

LaLiga is only one of the leagues that have been heavily affected by the outbreak of the coronavirus, which saw many football leagues around the world suspended, and players brought into self-isolation.

Some footballers even contracted the disease, with the Serie A having a relatively high number of players infected, with Juventus, Sampdoria and Fiorentina being the clubs most affected by the virus outbreak.

Following Serie A’s suspension, LaLiga was suspended — initially for two weeks. Since then, the amount of new daily cases around the world have, for the most part, been reduced, although it seems unlikely that the leagues are reinstated within the initially given timeframes.

Representatives for the respective clubs in LaLiga met with the league’s president, Javier Tebas, Thursday, where the president was very optimistic about both reinstating and finishing the league within a reasonable timeframe, according to a report by Spanish news outlet Cadena COPE Friday in the early hours.

Specifically, the idea presented by Tebas was to finish the league before June 30. Additionally, should the league not be resumed prior to May 14, the idea was to scheduled fixtures every 48 hours in order to reach the new deadline.

It is worth noting that the idea of scheduling fixtures every 48 hours would be an extreme measure to take, and very likely would need approval from entities higher up in the hierarchy than simply the league, as well as other entities involved having to give their ‘go-ahead’ for the rescheduling to go through.

The deadline being June 30 would mean that the transfer window, from LaLiga’s perspective, would open at a very good time, as the season already would be finished.

This, of course, entails that the transfer window would open when it usually does, on July 1, but also depends on the other leagues around Europe, so no leagues have an advantage with regards to time in the window.

The Premier League in England released a joint statement with the EFL, the English FA, the PFA and the LMA, Thursday afternoon, in which it announced changes to the league’s reinstatement date.

Specifically, the statement read that ‘all professional football in England’ now is further postponed until April 30, emphasizing that the entities in charge are ‘committed to finding ways of resuming the tournaments, when it’s safe and possible to do so’.

Contrary to the normal regulations, which state that the season must be over ‘not later than June 1’, the entities in charge have reached a mutual agreement over extending that deadline indefinitely, with the intention of resuming and finishing off the season properly.

Thus, it does seem difficult for all the leagues to align their season termination dates, although it would be in all leagues’ interest to finish their respective seasons at around the same time, allowing all leagues to make use of the transfer window simultaneously. Whether that will be the case highly depends on the virus outbreak and cool-down, and how it gets handled by the authorities in the countries affected.