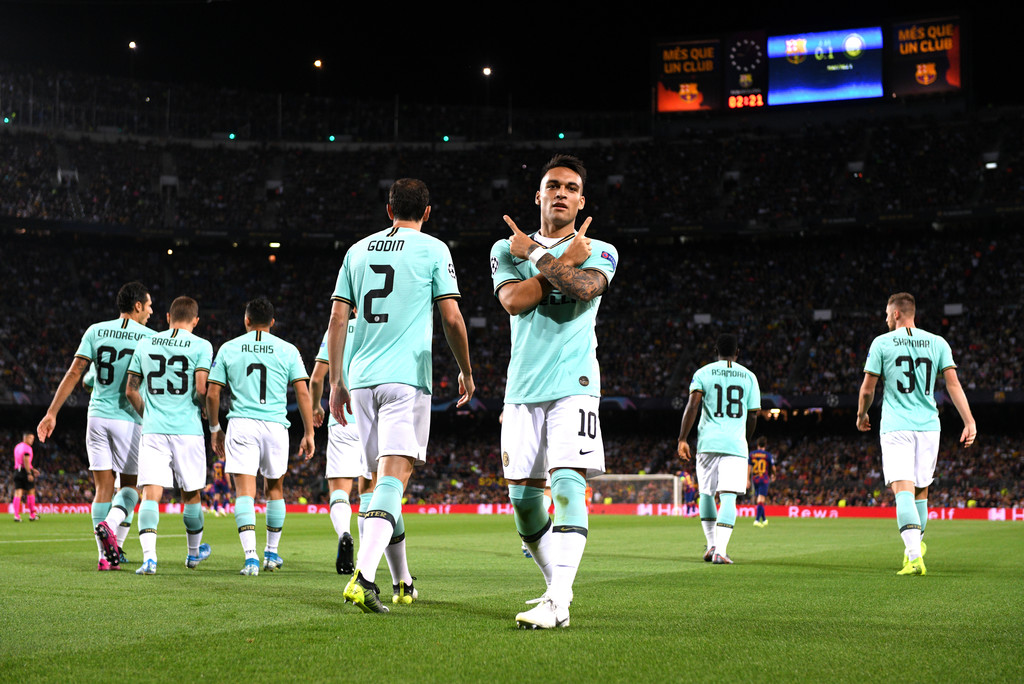 Amid talk linking Inter Milan’s Lautaro Martínez to Barça, his entourage have opened up about potential interest from the Catalans.

Lautaro Martínez has been a hot topic this season. With 12 goals and 3 assists in 22 league appearances, the Bahia Blanca-born striker has made his presence known in Europe. He has been integral to Inter’s goals and success this season, having scored goals aplenty in both the Serie A and in the Champions League.

Before making his move to Europe, the Argentine forward spent his time in Racing Club, a club from the Argentine capital Buenos Aires. He had made his way through the ranks at the club that previously had housed big names, such as Diego Milito; the city authorities even agreed to name the street between Racing Club and Independiente’s stadium after the former Zaragoza, Genoa and Inter Milan man, after a petition was made.

Martínez followed Milito’s footsteps, and had a wonderful spell at Racing, before moving to Europe. The current Inter man even had the chance to move to Real Madrid, back in 2015, but rejected the offer as he did not feel ready.

At the time, he was still with Racing’s youth teams, and while everything was agreed on, the player decided not to go, and instead wanted to continue his development with Racing, as explained by his father, Mario Martínez, in an interview with TyC Sports back in 2017.

Three years later, he moved to Italy, and has since played for Inter Milan.

Since then, the player has made himself an interesting topic for many clubs, and while the coronavirus pandemic has affected football in Spain heavily, Barcelona remain interested in acquiring the Argentine striker.

In fact, sources close to the player have confirmed the Catalans’ interest, when talking to Racing’s club president Victor Blanco. The president, who has been in office since September of 2013, revealed this in an interview over the phone, with the Argentine news outlet, TyC Sports.

“I have spoken with the people around the player, and, yes, there is interest from Barcelona, as well as other clubs around Europe,” Blanco explained.

The president and club remain fond of Martínez, and the president remarked that the Argentine club would be happy for the youngster, wherever he ends up.

“In this sense, it is Lautaro who decides [his fate]. For Racing, it [wherever he goes] will be great, because we want Lautaro [Martínez] to be happy and play where he really wants to play,” the president added.

Lautaro Martínez has not only impressed on a club level. Since his debut for Argentina’s national team on March 27, 2018 under Jorge Sampaoli, the striker has scored 9 times in 17 appearances. While 13 of his appearances have been in friendlies, 4 have been in the Copa América, where the player has scored twice in the coveted competition.

The 22-year-old forward’s current contract with Inter Milan runs out in 2023.