Neymar yet to receive renewal offer

Contrary to what reports have stated in Spain, Neymar is yet to receive a renewal offer from his current club, French news outlet claims.

Neymar has been a hot topic in recent transfer windows, and most recently the one that took place last summer. Wanting to leave the French Ligue 1, Barcelona came in to swoop the forward, but failed to do so due to not being able to reach a financial agreement with Paris Saint-Germain. The French side had demands that Barcelona simply deemed excessive and unfeasible, and despite putting a lot of effort in, the Catalan side simply could not travel back to Barcelona with Neymar’s signing secured.

Since then, the Brazilian has sought to make amends with the Paris faithful, and while he has managed to regain the trust of some, he is far from regaining the trust and affection from the fans at the Parc des Princes. Reportedly, he still is looking for a way out, and with comments from Éric Abidal stating that the Brazilian remains an option, and Neymar hinting at his desire to return, it does seem possible that Barcelona will make another effort to sign him.

Given that France do not have release clauses, he will be able to talk to FIFA about a way out using the ‘protection clause’, after having fulfilled three seasons in France. That will be the case on July 30, 2020, as he will have fulfilled three years of his 2022 contract, which he signed in 2017, when he joined the French side.

Reports from Spain today claimed that Neymar had rejected the option of a contract renewal from Paris whilst eyeing a move away. While a new report from the highly reliable RMC Sport deny the offer taking place, the move for Neymar is not ruled out.

According to RMC Sport, Neymar did not reject an offer to renew, simply because the offer has not been made yet. The talks of a renewal were opened back in March, but given the debacle that took place in the summer regarding a move out of Paris, the talks have been stalled. RMC Sport’s sources say that Paris plan to re-open talks with the Brazilian’s entourage in early 2020, where they would like to renew with him before the off-season, when FIFA’s direct influence kick in. 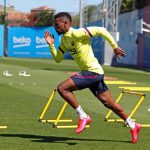 Semedo is close to a move to the Premier League

Luis Suárez will not join Juventus