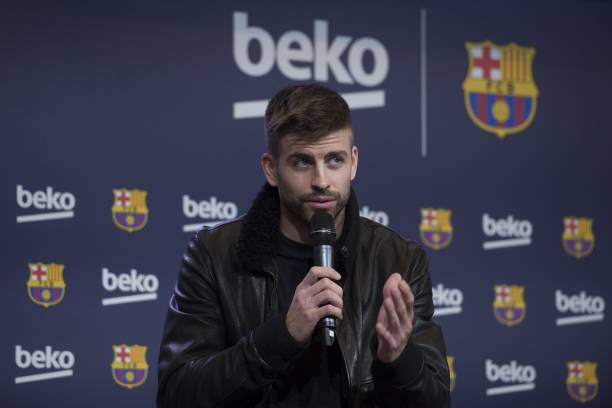 Gerard Piqué has given an interview to Youtuber DjMaRiiO and Twitch streamer Ibai, in which he has dealt with all current football issues. As always, the Barcelona central defender did not mince words and revealed his controversial opinion about the alleged favors for Real Madrid.

On the referees being biased towards Real Madrid :

” A former referee, who I don’t remember who he was, perhaps Iturralde, said that 85% of the referees are from Madrid. It is a statistic that was said, you can look at it. How can they not whistle in favor of Madrid? Unconsciously, but how are they not going to prefer one side more than the other. I totally respect the professionalism of the referees. I know they try to do the best job possible, but when there is a moment of doubt, they seem to side with Madrid. Some things that with VAR are unjustifiable. You go to San Mamés, there is a stomp in one area, they whistle it; there is another stomp in the other area, they do not whistle it. “

On the departure of Luis Suárez :

” I did not do it. Ask the one who let him go. It is not my fault. Many times we have answered the players in such situations, “that’s your thing.” In the end, the player is here to play football. The fewer decisions he has to make, the better. Let him focus only on playing.”

On the role of the president and the board in a player’s future while referring to Sergio Ramos :

“When you have a strong board that wants you to go, the players have little to say. Sergio is an example of a strong leader who can make a decision. I have not spoken with Ramos about his renewal. I have a good relationship with the players of Real Madrid. With Arbeloa, I had a scuffle at the time over the Barça-Madrid rivalry. I wish him the best in the future. Now he is at the club working and our relationship is correct.”

On the Cup match against Granada :

“From the beginning, we played quite well. The 2-0 score did not justify what we were seeing. We had several chances, several clear plays, and in the end, the result was fair. It is one of those victories that make a team “.

On comments from Di María :

“It is surprising that a player from another team talks like this. Leo appears focused and seems to have good feelings at the moment. He is more plugged in than ever.”

“They are different games. 2-6 was my first season at Barca, and I scored at the Bernabéu. 5-0, too, was very special, but we had been advancing a lot for two / three years. Not that it was very expected, but it was not such a surprise. The superiority was overwhelming.”

On the match that hurt the most to lose :

“One of the ones that hurt the most was the semi-final against Inter. The referee did not cancel a couple of goals that were offside. At home, we won 1-0, but they ruled out a valid goal by Bojan. These mistakes make you angry because you were superior but unlucky.”

On Real Madrid’s good luck in their back to back Champions League title victories :

“Of the three in a row, there was one that they deserved, like the one in which they won the league and the Champions League. But there were others, like the match against Juventus, in which they were 0-3 until the last minute, but won a penalty in the end, which was grotesque.”

On the figure of Cristiano Ronaldo :

“He is a person with very great ambition. A hard worker, a winner. He competes for everything. The immense value that Cristiano has is that, in a time when Messi is the best, he’s been able to win five Ballon d’Ors. That’s outrageous. “

On the post-Cristiano Madrid being less afraid :

“Madrid is always Madrid. They can win the Champions League by finishing fifth in the league. One of the things that are to be praised and that they have in their DNA, the fact of being very focused, and that when they reach the semifinals or the quarterfinals of the Champions League, makes them believe it.”

On becoming a Barça president in the future :

“We will see if it happens because I also have many things going on already. But yes, it is something which makes me notice how the rest of the presidents do it, the message they transmit, the management with the costumes, things that I am looking at in case I ever become president. The pressure is something that does not worry me.”

“He is a person who has a lot of vision and has taken Madrid to another level. That is the role that a president must have. What’s more, I think Real Madrid have been very lucky to have him. Well, as a club it would be nice if they had elections so that the members could have the opportunity to show their support for Florentino.”

On the controversial penalty against Ramos in the last Clásico:

“With 1-1, it was our game, until the VAR arrives and says that the contact was enough. I thought that VAR was introduced to help the referees. But it is helping to justify the decisions in the favor of some teams. Coincidentally, contact is always enough for some and not for others.”

“I’m better than I expected. I thought it would take longer to get to this situation. I need to spend more hours running, jumping, touching the ball. I am adjusting to it. I made the decision to follow a conservative method and it is going well. “

On the atmosphere of the dressing room :

“A united locker room is one where players can have a good time to cool things off, it’s very important. I and Jordi Alba joke every five minutes with our teammates. Every day, we go out to train like we all are playing with our friends.”

“Florentino is a commanding personality and it seems clear that he is in charge. You may like it or not like it, but he is a person with a gift of command and who says what should happen. At least he shows that he has an idea and he knows where he’s going. He has a quality that may be Bartomeu didn’t have.”

On Messi and the burofax :

“After the game against Bayern, you can imagine how it was and what Leo felt on a personal level. Some events happened that ended in the worst possible way. Leo stayed in the end. Now I see him very happy, eager to win. Having him by my side is a pleasure.”

“He is at the best level from a long time. Every year he has kept his goals constant. He is a very reliable player.”

On the Clasicos during Mourinho’s time as Real Madrid’s manager :

“During Mourinho’s time, he did some things that warmed up the rivalry and when he left, it relaxed a bit. He used some of his ways and tricks to mess up the game for us. It was fine until he crossed a line, like putting his finger on Tito.”

“It hurt a lot, but that’s life. You get slapped and it makes your head spin twenty times. It happens at work, with family or with friends. You have to adapt and improve. Failure is always a part of life.”

“It is a unique experience. It is like seeing the sport from another perspective. You see yourself as a part of something that is growing little by little. It is difficult to manage. Due to the pandemic, we had to make cuts. On one hand, I was negotiating with Barça to get the best interests and I was also negotiating with the Andorra players on the other side. It is not easy for all parties to be happy, but it is the way to live together.”

“A president, at least as I see it, should try to manage the club in such a way that the decisions can be made and solved when there are problems. When you don’t do it, a mountain is created. There were times when more leadership was needed. I have always had a kind and cordial relationship with him. When there is a lack of leadership, misunderstandings and problems are created. Little by little the issue keeps growing and it affects everybody involved. Many times, I asked him to come to the training ground because we had to talk, but he didn’t show up.”

“The three candidates are competent. Whoever wins is going to do well. We must look towards the future, looking at the past only serves to correct mistakes. Those of us who are members will vote. I don’t know how many members we have in the team.”