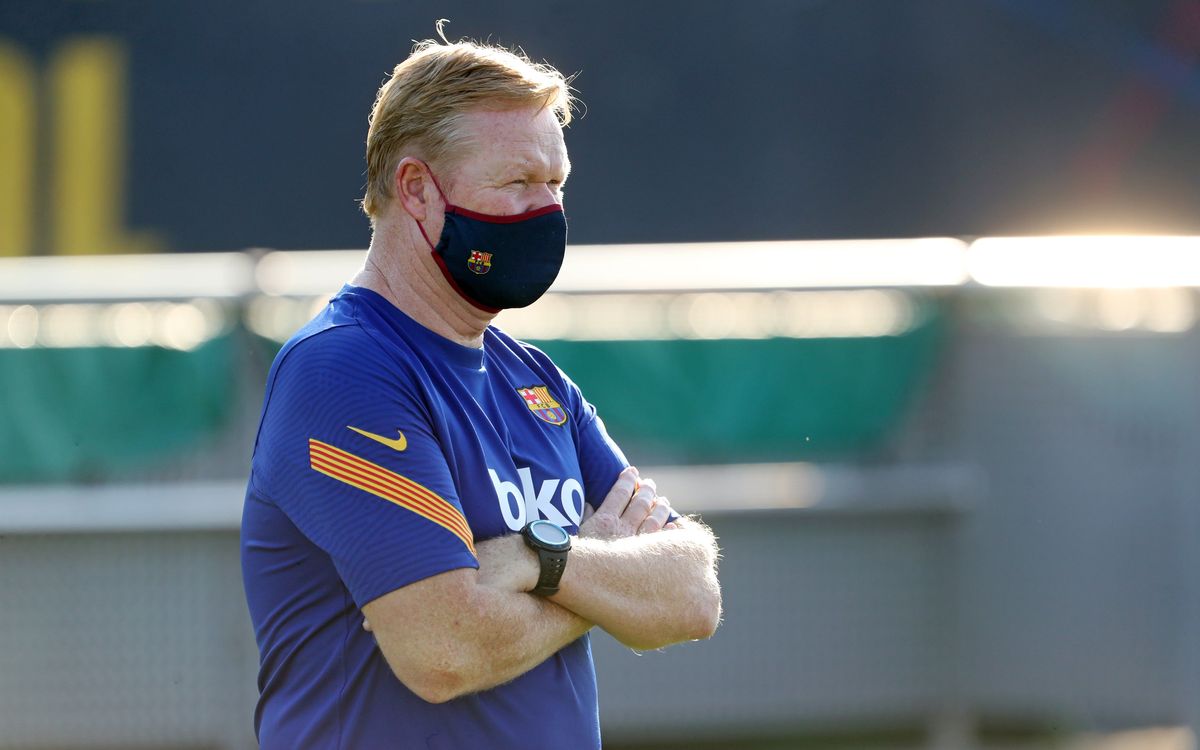 Some of Barça’s squad members are positively surprised by the intensity of Ronald Koeman’s training sessions.

Almost a month after Ronald Koeman’s appointment as the head coach of FC Barcelona, Cadena SER reports that multiple Barça players have reacted very positively to the physical intensity of the Dutchman’s training, in which he tries to push them to the best of their abilities.

One of the players has reportedly said that it has been years since they trained with such intensity. This is something that the players missed the last few years, as fans and media criticized former coach Ernesto Valverde for giving the players too many days off.

The first 15 minutes of the session are usually open for the press. Something that stands out, is the fact that the players now do physical exercises during this period, whereas they were used to doing some more relaxed rondos.

After winning the first two preseason friendlies, the next challenge for Koeman and his squad will be tomorrow’s Joan Gamper Trophy, which will be played at 19:00 local time against Elche.