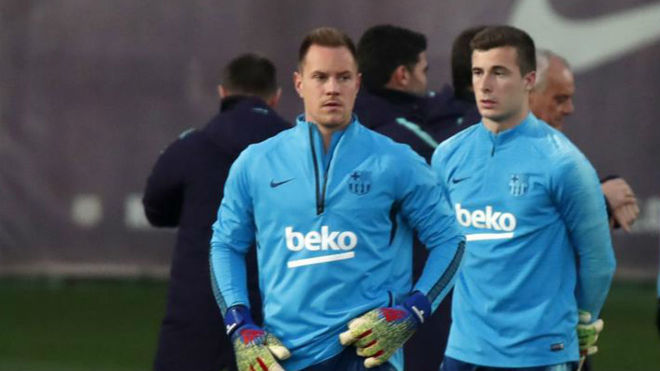 Barcelona’s third-choice goalkeeper, Iñaki Peña, is on Real Zaragoza’s radar, and the club has enquired about his availability for the coming season.

Iñaki Peña is yet to debut with the first team, but the alicantian has been an indisputed starter for García Pimienta‘s team, Barça B.

Although many reports suggested the player could leave last January, he ultimately ended up staying with Barcelona, and has even been contemplated as a backup to ter Stegen, in case Neto Murara leaves the club.

However, the player will not be short of suitors this summer, with Real Zaragoza battling for promotion having him on their shortlist, as their plan B, according to the Spanish news outlet, El Periódico de Aragón.

Per the same report, the club has enquired Barcelona about his situation with regards to a potential signing, and have moreover contacted the player’s representatives. Zaragoza are, however, not the only club from the Spanish second tier to show interest in the 21-year-old, and are also not Barcelona’s favored destination to send Peña on loan.

The talented goalkeeper has impressed the first team and technicians a lot, and him staying in Barcelona should not be ruled out, either. Neto has seen very little playing time while playing second fiddle to a very in-form ter Stegen this season, and could potentially see a way out of the club come the off-season.

Peña’s contract with Barcelona runs out in the summer of 2021, with his last extension having taken place on April 16, 2018.