Skip to content
You are here
Home > Champions League > 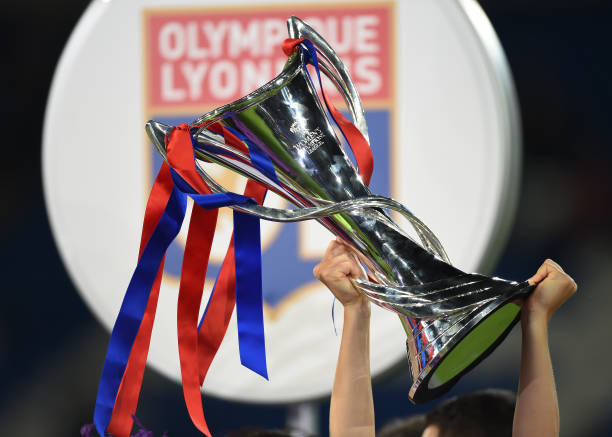 UEFA’s redesign of the Women’s Champions League will result in a significant increase in the money for women’s football. The new design includes the centralization of sponsorship and media rights from the group stage onwards. In addition to the revenue generated by this decision, the new financial distribution model will also draw on the first-ever cross-subsidy from UEFA men’s club competitions to support the women’s game and UEFA investment.

European football’s governing body has also committed to redistributing 23% of the total €24 million available via ‘solidarity payments’ to non-participating clubs in each of the European top domestic leagues represented in the competition. These payments must be reinvested in the development of women’s club football.

This is what UEFA president, Aleksander Čeferin had to say :

On the new model :

“It is also a perfect example of how the European sports model is central to the long-term development of football.  The development of women’s football should not be driven by short-term gain but a long-term vision. Thanks to the solidarity payments at the heart of this project and the increased rewards, every last Euro generated by the Women’s Champions League and even more will go back into the women’s game. This cross-subsidy for the Women’s Champions League, coming from the men’s club competitions, is a clear signal that the women’s game is a strategic priority.”

Nadine Kessler, UEFA Chief of Women’s Football, also shared her thoughts on the announcement. This is what she had to say :

“After more than three years of dialogue and consultation with our national associations, clubs, and the European Club Association, we would like to thank everyone involved wholeheartedly for their contributions. Each one of these changes is driven by a united vision and ensure we are all moving in the same direction – forwards! “

These are the changes that will be seen under the new model :

UEFA’s initial estimates suggest that all clubs participating in the next edition of the Women’s Champions League stand to benefit from the increased rewards. For example, teams playing in the new group stage will receive a minimum fee of €400,000 – at least five times more than amounts paid to teams reaching the equivalent stage – the Round of 16 – in the competition today. The winner could earn up to €1.4 million in rewards, depending on their results throughout the competition.

UEFA has also taken steps to adapt its competition regulations to better protect female professional players, as well as to promote the development of European talent. The regulations will now safeguard the welfare of players who become mothers. From the start of next season, participating clubs will have the flexibility to alter their squad lists at any time during the season in order to temporarily replace players, either because they are pregnant, or because they leave for or return from maternity leave. The development of talented youth players is now central to competition regulations. The introduction of a B-List will allow clubs to supplement squad lists by including young players who meet specific criteria. Furthermore, from the 2022/23 season, UEFA plans to introduce a ‘locally trained player’ rule to nurture the growth of European homegrown talent.

To further professionalize the competition, the video assistant referee (VAR), previously only deployed for the final, will be used for all matches in the knockout stage.

The countdown to the revamped Women’s Champions League will start in May, with the announcement of new commercial partners during the build-up to 2021 final in Gothenburg. They have been attracted by a more competitive format – the addition of champions and league qualifying paths for early rounds, a 16-team group stage followed by a knockout stage – the participation of more teams and players, and, above all, the promise of global visibility.

On 16 May, UEFA will reveal a new brand and the first-ever official anthem to reflect the competition’s bright future.