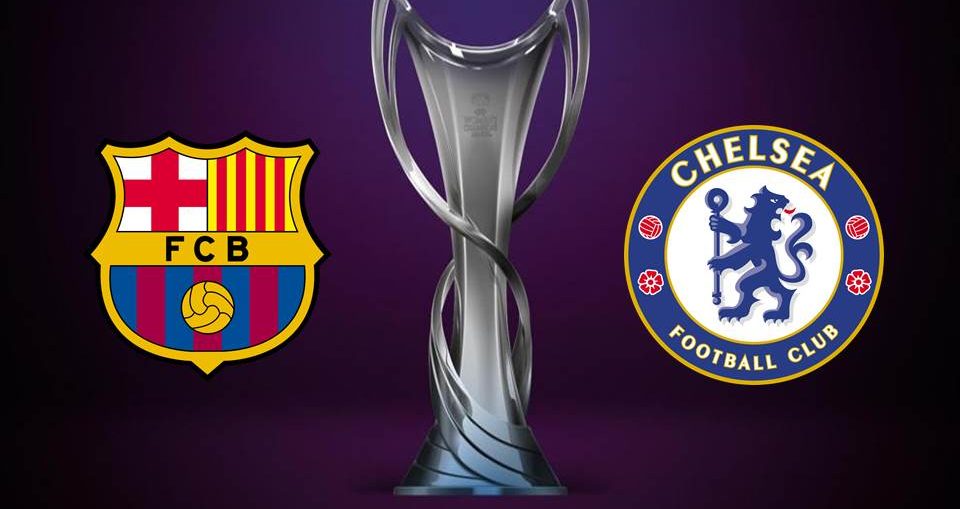 Barcelona Femení face Chelsea this Sunday for the final of the UEFA Women’s Champions League at Gothenburg, Sweden, in search of their first ever European title. Here’s a look at both the teams and what you can expect from the much anticipated final.

This article is originally written by our editor Thomas Marchetti and is adapted by Mehul Mittal.

Only ninety minutes separate the two finalist teams from their highest achievement. Both seek to place the long-awaited Champions League in their showcase, which this year will be played in Gothenburg. The Blaugranas and The Blues will have the opportunity to own Europe, at least for this season. The Gamla Ullevi Stadium will host one of the most promising finals in the competition’s history.

In the days before the final, forecasts and analysis are usually made, but the famous question also arises: How do the two teams arrive to the final? Faced with this question, many respond that the Catalan club will beat the Blues, while in the United Kingdom they indicate that the winds seems to blow in favor of Chelsea due to their technical and individual quality. The reality is that both teams arrive in good spirits, at the back of winning their local leagues and also, for their performance in international competitions.

FC Barcelona reached the final after beating PSV, from the Netherlands, 8-2 on aggregate in the Round of 32. In the Round of 16, they beat Denmark’s Fortuna Hjørring 9-0 on aggregate, with a brilliant performance from Jenifer Hermoso, who scored a hat-trick in the first leg. In the quarter-final, they faced Manchester City and the aggregate culminated at 4-2, with a victory for both teams (3-0 for Barcelona in the first leg and 2-1 for the Citizens in the second leg). In the semifinals, the Catalan side faced one of the title candidates: Paris Saint-Germain. The Parisian team had eliminated Olympique Lyon, the current UWCL champion and were setting their eyes on the European title, but they found themselves up against a strong Barcelona side with an enviable collective quality. The semi-final culminated 3-2, with a brace from Lieke Martens, who reached five goals in this edition.

Chelsea, for their part, beat Benfica in the Round of 32, 8-0 on aggregate. In the Round of 16, they eliminated Atlético de Madrid 3-1, a smaller aggregate compared to the previous phase. In the quarter finals, they surprised and eliminated current runner-up Wolfsburg 5-1 and delivered the final blow to place themselves as title candidates. Bayern Munich was their opponent in the semifinals and The Blues overcame a tie that began by losing 2-1 away, but the London team was able to turn the deficit around by winning the second leg 4-1, qualifying for their first European final in the process.

Jennifer Hermoso (Barcelona) and Fran Kirby (Chelsea) are the top scorers of the current UWCL edition with six goals. Lieke Martens is close behind with five goals. Pernline Harder (Chelsea) and Asisat Oshoala (Barcelona) also appear one notch below, with four goals.

Both are very strong teams in both offensive and defensive situations, which leaves the question of who will dictate the rhythm of the match on the day of the final. We will briefly highlight the strengths of both teams below.

Barcelona and Chelsea use the (4-3-3) as a formation. Both teams have similar styles of playing: They bet on playing out from their own goal, using the goalkeeper as the first pass. As for collective play, they bet on the low ball and the use of the wing as a key factor in setting up the plays. Triangulation between winger-central midfielder-inner midfielder as a starting point and search for spaces. There has also been an active offensive participation of the central defenders Eriksson-Brigth, who with their aerial shots jump defensive lines and also put in concrete passes from long distance. Forward Fran Kirby is one of the players to look out for, for her speed and quality. She is a very complete player, capable of scoring goals individually, scoring goals “from the gallery” as she is called. The Korean Ji So-Yun usually positions herself in the center in the transitional play, this being a key for passing to the extremes/wings who then enter the box in a surprising way.

Barcelona bring together all the concepts of total football: generally they play low, with rotation of positions and, therefore, of roles. True to their footballing gene in the men’s team, the team usually shows a great offensive quality and a lot of efficiency in making its plays. Aitana is one of the players to take into account for the Catalan team, since her technical capacity is an ace up the sleeve for Barcelona. Another player who can make a difference is Lieke Martens, who with her speed and offensive power stands out above the rest. Triangulation is also important for playing out and finding spaces, although it is not seen very often since the use of Patri Guijarro for the initiation of plays is usually more constant. They mark in very high lines in the rival field, annoying those who are in charge of playing out from the back for the rival team. They tend to stay very close to the owner as well as to the possible receiver of the ball, preventing the opponent from playing comfortably and forcing them to make long passes.

Coach Lluís Cortés made some statements before the decisive match:

About the feelings he has for the final

“The feelings are good, we are about to play a historic match, we are excited, with ambition and confidence. The game is very different from Budapest 2019 and the feelings are different.”

“We look forward to a Chelsea similar to how they have been all season. They are not going to change, they do not need much possession, they are good in defense and they do not need to have the ball to win the game, they have done it in this Champions League. We are prepared to find spaces against a more defensive block and we know their weak points if we manage to put them under pressure.”

Lluís Cortés  has called up the entire squad for the final against Chelsea. The coach announced the list that will be made up of all the players of the first squad, including the injured Oshoala and Falcón and the suspended Andrea Pereira.