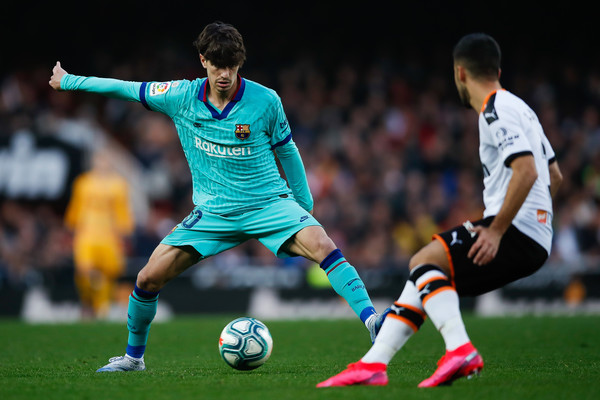 Alex Collado knows Barcelona count on him and want to renew his contract until 2023.

Barcelona are set for a turbulent remainder of the 2019/20 season as the squad faces tough challenges ahead amidst the recent outbreak. But there is some reason for optimism around the camp.

According to a new report from Mundo Deportivo, the 21-year-old Alex Collado is one of the players Quique Setién has chosen to make that final step-up into the first team once football resumes in the near future.

The current Barça B player has a contract running until 2021 but Barcelona also have the option to extend it until 2023, should they and the player choose to do so. And Collado knows Barcelona want to renew his contract and is also hoping for a bigger role in the squad once that happens.

The same outlet claims that there was a lot of interest in the young talent from other clubs but he remains calm and focused on succeeding at Barça. And Setién certainly likes the player, having already called the youngster up to train and play for the seniors on multiple occasions, along with Ansu Fati, of course.

With games likely to be played every three days once football resumes, according to the same report from Mundo Deportivo, and especially with the introduction of the five-substitutes rule proposed by LaLiga, Collado is bound to get more chances in the remainder of the campaign.

But the key is to take things slowly and not make any rash decisions as Collado knows Barcelona count on him. The idea is to incorporate him in the final stages of 2019/20, start the 2020/21 pre-season with the seniors and then wait.

If there’s a chance for him to have a prominent role, he’s more than happy to chase his dream but if there are no clear opportunities at Barça, he could seek his chances elsewhere, be it on loan or through a permanent transfer, as Mundo Deportivo claims.