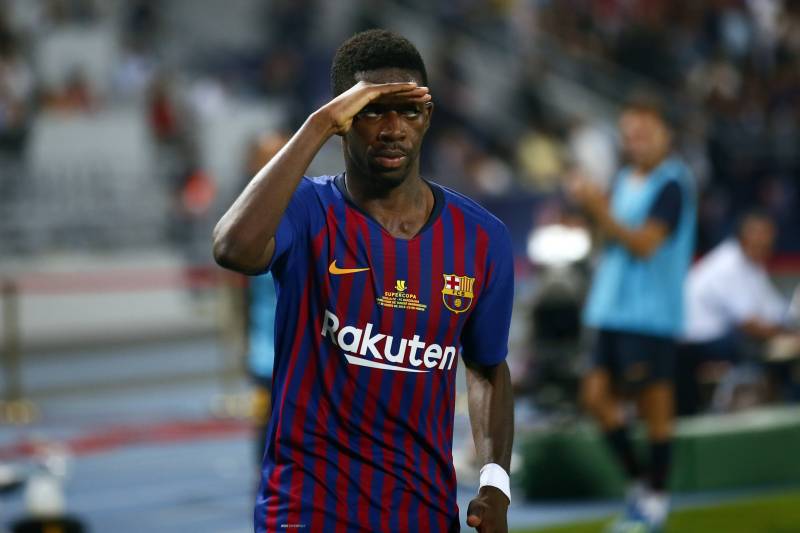 Having been kept out by a hamstring injury since January, Ousmane Dembélé is slowly making his way back to the football pitch.

Barcelona’s squad this season has been a fairly small one, especially after the January transfer window.

The Frenchman arrived from Borussia Dortmund in the summer of 2017, and was viewed as the player to take over from Neymar, who recently had made his switch to Paris Saint-Germain.

Unfortunately, that has not been the case — and a large hurdle that the now 22-year-old forward has struggled to overcome has been his injuries. Since his arrival in Catalonia, the talented forward has missed 80 games due to injury.

For the fifth time since he signed for Barcelona, the player suffered a hamstring injury, as announced by the Catalan club in early February of this year.

His time on the sidelines was initially not specifically known, but an operation in Finland and a check-in from doctors approved by the Royal Spanish Football Federation, allowed Barça to make an emergency signing, outside of the transfer window. The club decided to sign Martin Braithwaite from Leganés, and the Dane signed on a four-and-a-half year contract, which he hopes to fulfill, despite the competition up front. The Danish forward is, as he was bought through the clause, only allowed to feature in league games this season for Barça.

As for Ousmane Dembélé, his time at the club is not over yet. Barça count on him, according to several reports from Spain, and the player is on his way back to the Catalan city to continue his recovery.

According to the Catalan news outlet, RAC1, the Frenchman is expected to be in the club’s facilities to continue his recovery very soon. The club is set to train again Monday, at 9:30 in the morning, and the player is expected to be tested for the coronavirus, as he was not present when the team was tested last Thursday. The coronavirus tests that took place Thursday were, according to reports from Spain, only for players registered for LaLiga games this season. Dembélé’s absence from said tests thereby suggests that he will not be eligible to feature during the remainder of this league campaign, even if he does recovery in time.

According to the same report, the player will continue his recovery process, if he passes the test.

Dembélé’s contract with Barcelona runs out in 2022, having put pen-to-paper on a five-year deal in 2017, where the Catalans signed him for 105 million Euros plus add-ons. The player’s release clause was set at a whopping 400 million Euros, with the club having just lost out on Neymar to Paris, through the Brazilian’s release clause of 222 million euros.