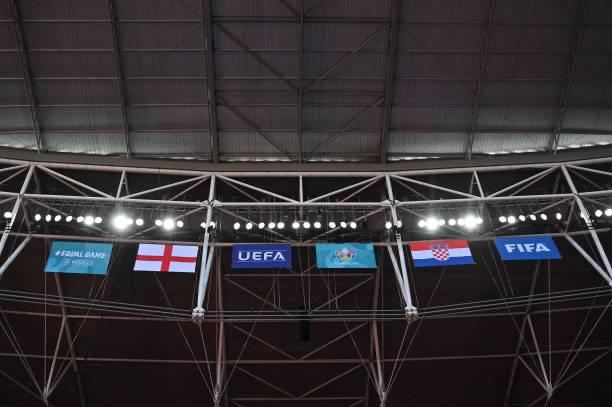 Read Blaugranagram’s live commentary for England vs. Croatia, the first of three Euro 2020 matches on Sunday.

England and Croatia compete in the first match of Group D at Wembley Stadium in London—a rematch of the 2018 FIFA World Cup Semifinal. Follow our live commentary below to make sure you don’t miss out on any of the action!

England’s starting line-up: The Three Lions will kick-off the game in a 4-2-3-1. Jordan Pickford starts in net for Gareth Southgate’s men. From right to left, Kieran Trippier, Tyrone Mings, John Stones, and Kyle Walker line up in a back four. Declan Rice and Kalvin Phillips operate in a double pivot behind Champions League winner Mason Mount and Premier League-winning duo Phil Foden and Raheem Sterling in the midfield. Harry Kane is the sole striker.

Croatia’s starting line-up: The Vatreni line up in a 4-3-3 to begin the match. Dominik Livaković starts between the posts behind a back four of Šime Vrsaljko, Domagoj Vida, Duje Ćaleta-Car, and Joško Gvardiol. Captain Luka Modrić, Scudetto winner Marcelo Brozović, and Champions League champion Mateo Kovačić compose a star-studded midfield. Andrej Kramarić, Ivan Perišić, and Ante Rebić start the game in attack for the reigning World Cup runners up.