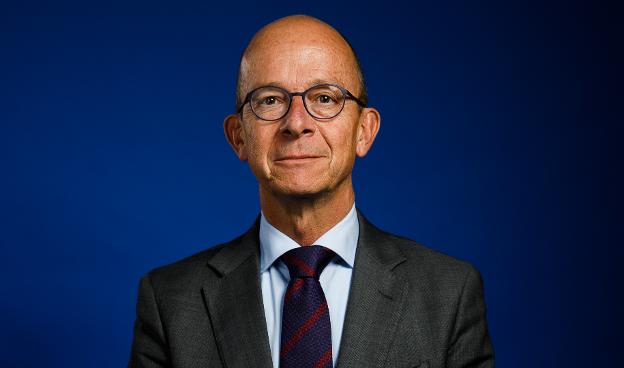 In a recent press conference, FC Barcelona’s vice president Jordi Cardoner explained the board’s decision to delay the soonest assembly, while also commenting on the current vote of no confidence, among other topics.

After the confirmation of the vote of censure led by Jordi Farré surpassing the required 16,520 signatures, Jordi Cardoner was interviewed online by Ricard Maxenchs. Among the discussed topics were the resignation of the board, the vote of censure, President Bartomeu’s current situation, as well as the postponement of the assembly.

“It was scheduled for October 25. Yesterday at the board of directors meeting that was held electronically, we decided to postpone it due to the Government of Catalonia Decree 31/2020 of September 8.”

“We can approve the budgets, but they will always have to be subsequently ratified by the Assembly. As for voting, the statutes state that it can be done in two days and we can also do it in different locations.”

On the vote of no confidence:

“It has been said that on the part of the government there had already been a permission to be able to hold the vote of no confidence and this is not the case. Less than an hour ago the General Secretary of L’Esport reconfirmed that there has been no news regarding this issue. Once the vote of no-confidence is admitted, the board of directors will decide the next steps to be taken, which will be agreed with the General Secretary of L’Esport and the Procicat.”

On how Bartomeu reacted to the vote of no confidence:

“He is good and strong. What Bartomeu has shown is that he is at the forefront of difficult moments. It is part of the rules of this club, we respect it and we understand it.”

Are you considering resigning?

“We are more united than ever with the president, we are a team, we are in a difficult moment, and until the last day we will work for the club from responsibility and from what each one of us can contribute.”

“There are 90,000 people who have not spoken and who also deserve respect.”

Do you see yourself becoming the president?

“I have no doubt that I will accompany my friend ‘Barto’ like the first day of 2015. I will leave when he leaves.”

Decision to postpone the Assembly

“The decree law approved by the government does not rule it out. In the Assembly of Delegates there are 4000-and-something people. 1000 of them are the seniors, who have an average age of 88 years and we will not put them at risk. The average of the delegates in the Assemblies is 60 years. Doing it in several days would be an experiment that we are not willing to do. We would like to defend last season’s budget and explain it to our delegates and explain the difficulties we will have. We are responsible for many things, but not for the coronavirus. The difference between an Assembly and a vote is important, many people have to be together in the Assembly for a long time.”

What lesson did the board learn from the signatures against them?

“Our wish is that there is a great participation and to, above all, remain orderly and avoid any contagion. We will take the measures recommended by the government and those responsible for health.”

On the reasons that led more than 18,000 club members to request the board’s departure:

“The origin of the dissatisfaction comes from the sporting results, which was exacerbated by the 2-8 loss against Bayern.”

“I have absolute recognition for all those who have been presidents and all those who today as candidates have the courage to become president of Barça.”

“On September 29, the Censorship Board was constituted, yesterday the number of signatures required was exceeded, so today it is expected that today the Board will declare the vote and the club will announce its convocation. I want to thank the participants in this vote of no confidence, which characterizes us as a democratic club.”

On the compensation of season tickets:

“18,510 members have been given a one-season exemption [from paying].”

On when fans are expected to return to the Camp Nou:

“We cannot say when we will return to the Camp Nou. When we ask ourselves a question, it must be asked while considering COVID-19. Today the one in charge is the Department of Health, no matter how much organizations like UEFA or La Liga say, no matter how much respect we have for them. What I do know for sure is that when this happens, the pandemic is going better.”

“An application form has to be filled before we grant access and if the capacity is exceeded, there will be a draw. Family grouping will be considered.”

On the Camp Nou Title Rights:

“100% of the money from the first season will go to the [fight against] COVID and its consequences and of the rest, an important part would go to the same reasons. We continue working and we hope to be able to successfully close this project to show that if Barça is more than a club, it is also because of things like this.”