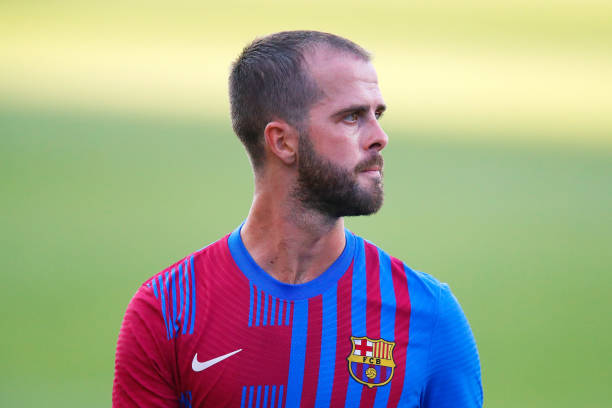 Pjanic and Collado could still depart FC Barcelona, despite the market being shut in several countries.

According to Mundo Deportivo, FC Barcelona are investigating options for Pjanic and Collado. Although, there are not as many clubs left as the transfer window has shut in most countries on the 1st of September.

Ronald Koeman has remained hesitant to play either of the two and has recommended them to leave on loan, in search of minutes. Pjanic and Collado have not played a single minute of football since the friendlies in early August. The Bosnian and Spaniard are aware of Koeman’s intentions and are willing to exit the club upon a good offer.

Collado was on the verge of leaving FC Barcelona twice. Primarily to Club Brugge. However, the deal fell through as the Belgian club wanted a buy option. Sheffield United knocked on the door on deadline day, unfortunately, that deal fell through too for unknown reasons. During the transfer window, Pjanic acquired a lot of interest from Italy but the Bosnian’s wages were a big obstacle to solidify any move.

Currently, their options are quite limited. Since a lot of leagues have closed the market. However, options in Turkey, Russia, and the Middle East have emerged. The decision must be made soon, Turkey and Russia close the market next week.