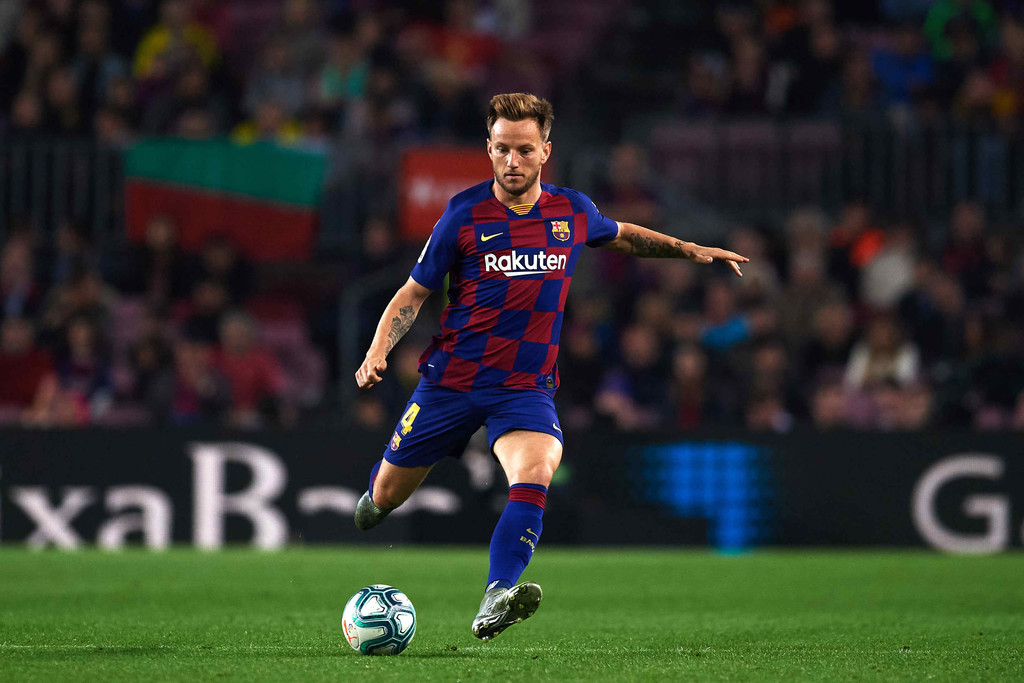 Barcelona’s Ivan Rakitic has been a much talked about topic, both in the press and in the negotiations. The 32-year-old wants to fulfill his Barça contract.

When Ivan Rakitic joined Barça from Sevilla, back in 2014, the player was having his breakthrough with the Andalusian club. He was one of the club’s stars, and in his first season in Barcelona showed exactly why the club bought him. He played an integral role in the club’s league campaign, scored in the UEFA Champions League final, and was an important part of Barça winning the treble that year.

Since then, the Croatian’s role has changed. While his position used to be a bit further up the pitch, he has taken on a deeper role in the team, and his penetrating passes and runs between the lines are an exception rather than a norm. Ernesto Valverde was a manager very happy about the player whom he felt brought balance and helped control the tempo of the games, but the past season has been quite a roller-coaster ride for the now 32-year-old midfielder.

Despite being virtually an undisputed starter under Valverde in the previous season, the Txingurri, earlier this season, stated that Rakitic, like everyone else, would have to fight for his spot. Since then, his playing time reduced drastically.

Quique Setién’s appointment coincided with Arthur Melo getting injured, and this opened the door for Rakitic once again. The Croatian became a somewhat regular figure in the team once again, this time under the Cantabrian, but the club are now looking for a way out for the player.

The player has been mentioned in talks with Juventus, where Barcelona are keen on bringing in Miralem Pjanic, and due to the coronavirus pandemic are looking to do so through a player exchange deal.

However, Rakitic recognizes that rumors do tend to gain traction as the transfer windows approach, and is, thus, not bothered by the ongoing talks.

“I’ve gotten a bit used to it. I have been here for six years now — so I have had six years of this sort of thing,” Rakitic explained to Sky Germany.

The Croatian remains set on fulfilling his contract, which runs out in 2021, and emphasizes that he is happy where he is, despite some lack of playing time.

“The main thing is that I feel good and I am getting good feedback from the manager and the club. I have still got a contract [with Barcelona]. When I sign a contract, I always intend to fulfill it — and if that, for any reason, cannot happen, then we will sit down together and talk about it,” the midfielder continued.

“But for the moment, I am very happy here and I am thinking about other stuff,” he added.

Rakitic has been in confinement since Spain announced it being in a State of Emergency, and professional athletes recently were permitted to train again on their club’s facilities, albeit individually. He describes the way from home to the Ciutat Esportiva Joan Gamper as one with ‘a funny feeling’ and a situation that made ‘a bit uncomfortable’, but emphasizes that the current state of the country should be respected.

He is set on enjoying the moment.

“I want to enjoy the moment and get ready to play whenever we are able to, or allowed to,” the 32-year-old midfielder said, excited for the football games to take place.

“We are still in the Champions League — we have the second leg of the Round of 16 tie against Napoli. In La Liga, we are two points ahead of Real Madrid, and we have fair few games [11 in the league] still to play,” he explained.

“We want to try to enjoy that, hopefully enjoy that, and after that we’ll see,” Rakitic added.

Barcelona paid 18 million euros plus bonuses for Rakitic’ signing from Sevilla, as the player arrived with a big reputation in the bag already. Since then, the player has had his contract renewed once, in 2017. The midfielder is one game away from 300 official appearances for the Blaugranas, and has scored 34 goals and set up 41 in his time in Catalonia.