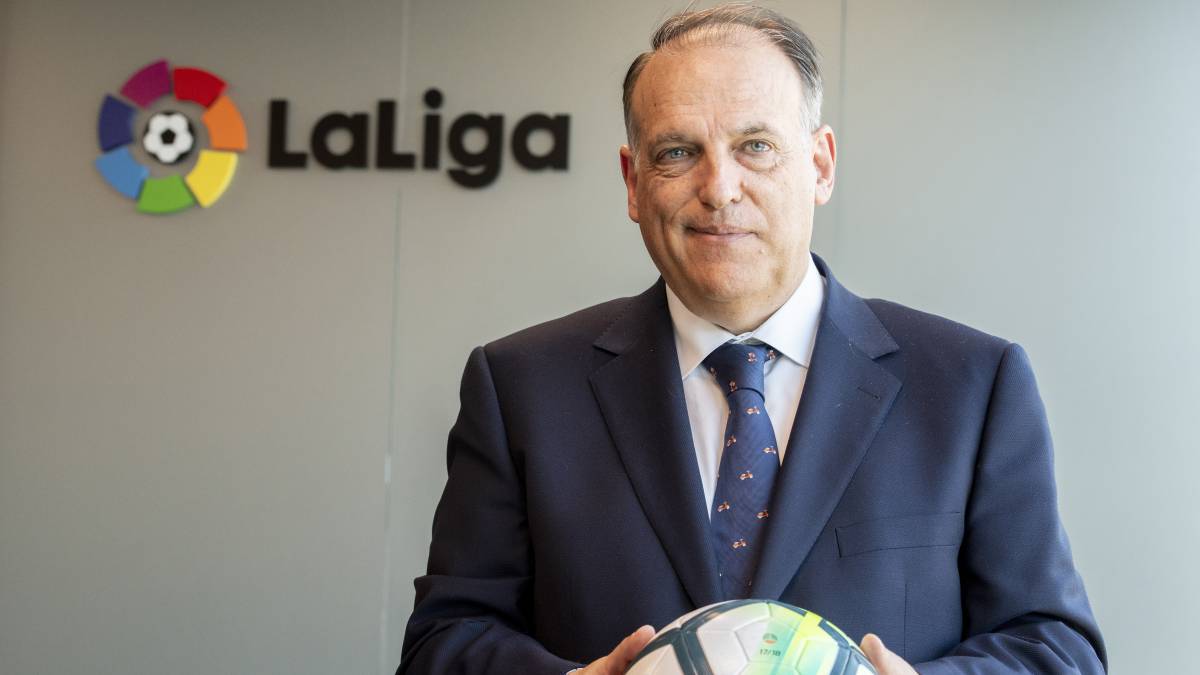 As Spain’s state of emergency remains in effect, possible reinstatement dates for the Spanish leagues have been revealed by LaLiga’s president Javier Tebas.

Less than a month ago, the coronavirus pandemic started affecting the world of football, forcing several leagues into suspension, including LaLiga.

Having initially only announced a temporary two week suspension, the Spanish leagues’ suspension was since then declared indefinite, in anticipation of the outbreak spreading further. This meant most teams, staff members, employees and players were told to stay home unless absolutely necessary, forcing the footballing world, barring Belarus, into a standstill.

The virus has affected countries differently, with Denmark extending the country’s lockdown, Spain and Italy statistically being the countries most affected by the pandemic in Europe, and Sweden affected but, according to Blaugranagram sources, yet to react with as drastic measures as other countries.

Javier Tebas, LaLiga’s president, has had a video conference meeting with the international press, as published by the Catalan news outlet L’Esportiu Tuesday afternoon. During the meeting, he revealed several dates that are being considered with regards to finishing off the current season. The dates are both tentative deadlines for starting and finishing the league, as LaLiga is set on finishing the season rather than nullifying it.

“We came up with the idea of playing again on May 28 or, alternatively on June 6 or June 28,” Tebas began.

“With these dates, obviously, there is time to start training again in compliance with the resumption of activity protocol that we have designed for the league,” he continued.

The president revealed that nothing is set in stone, and depends on what happens this month.

“We have to see what happens in April, first. We would not like [the idea] of going beyond August [in order] to end the season. Obviously, it is going to affect next season’s schedule,” the president revealed.

When the games will be played will also depend on the European fixtures, as the Champions League, Europa League and the Women’s Champions League still were underway when the suspension of the tournaments went into effect. Tebas reveals that the dates of those also have to be considered, and that two options are on the table currently.

“The first [option] is to play the domestic and international tournaments at the same time. The second [option] is starting with the domestic tournaments in early June, hoping to have them finished in July, and then completing the European tournaments between July and August. We want to finish [the season], probably behind closed doors. It’s funny that those that want to finish the season are those in the bottom end of the league,” Tebas explained.

The financial aspect of the situation should not be ignored, either. TV rights, merchandise, match day tickets, special events have all been heavily affected by the pandemic. The loss, from a financial standpoint, would therefore be much greater if the season is canceled than if it is completed.

“In terms of the TV rights in La Liga, we have received 90 percent of the total [amount]. If we do not play [the remaining games], we will have to return 18 percent of what we have already received, in addition to giving up on the remaining 10 percent,” LaLiga’s president explained.

The Spanish leagues were announced as suspended on March 12. Although that suspension was announced as one of ‘at least’ two match rounds of length, it was later announced that all leagues in Spain were suspended indefinitely.