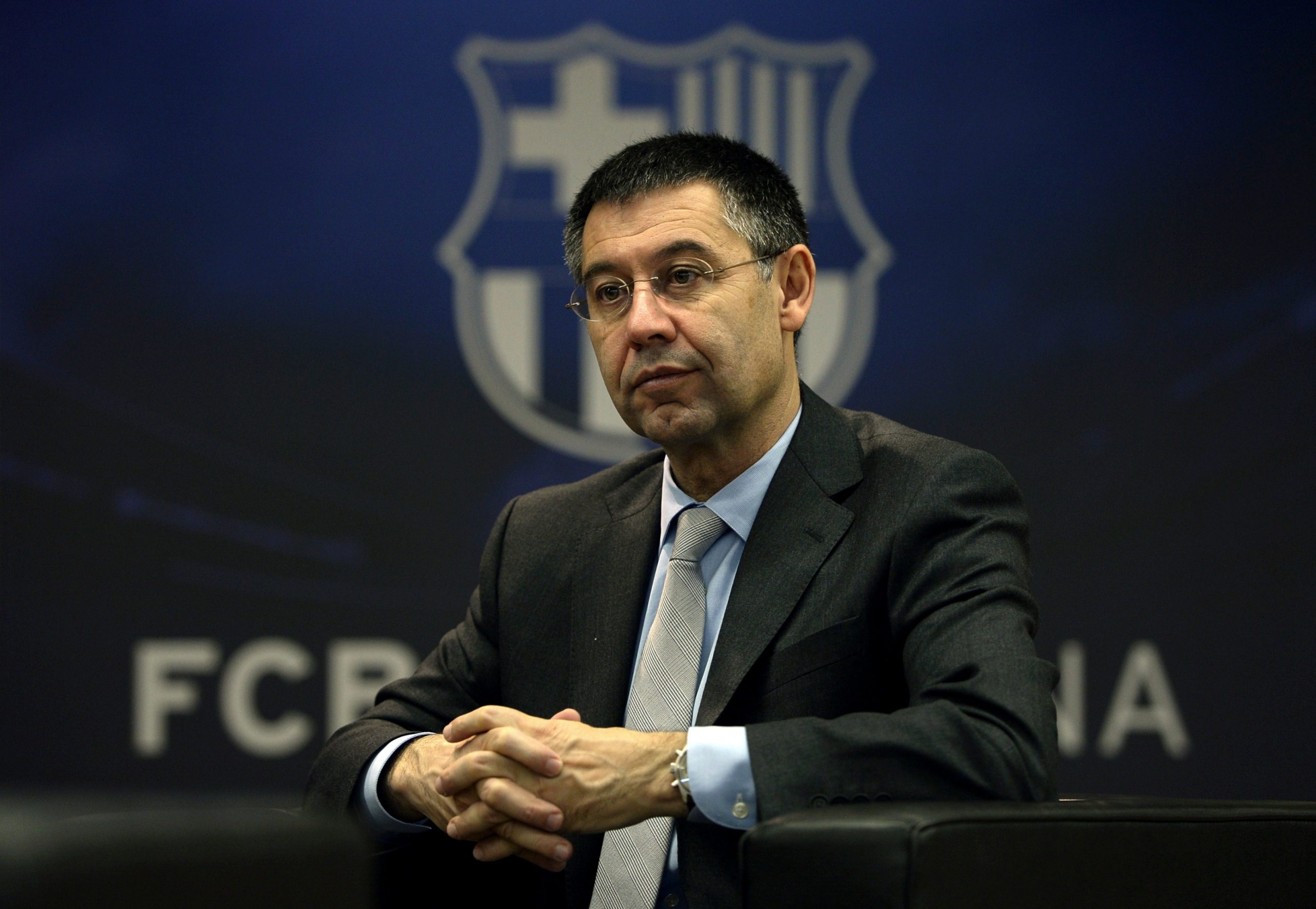 Josep Maria Bartomeu officially announced his and his board’s resignation in an impromptu press conference.

He has not fielded any questions in this press conference, only providing justifications for the resignations. This comes after a turbulent end to his reign at FC Barcelona.

Here is what Bartomeu had to say, in full:

“Good evening. I appear to communicate my resignation and that of the rest of the board of directors. It is a decision considered by all.

“This morning I received the response from the Catalonian Government and their answer is clear: The Government reiterates that there are no legal impediments to holding the vote of no confidence. This means that they demand that the voting be decentralized. They make no mention of our proposal to have a 15-day margin to be able to guarantee the necessary security measures. That is why we asked them for legal coverage, the same one that they requested from the central government. They have decided not to give us the same as they have asked (from the central government). They have chosen to wash their hands in a situation that is uncomfortable for them.”

“A table meeting was called this noon of the vote of no confidence. Both the promoters of the motion and the president of the table have opposed the change of dates and have assured that they would take legal action against the board of directors.”

“Some decisions, apart from incomprehensible, seem irresponsible to me. It’s a strong word, but it’s what I think. At a time when the Government is making decisions and insinuating the weekend’s confinement due to the risk of collapsing the health system, we see contradictory versions. At this time I can not find another word than irresponsible. As a board of directors we have to act responsibly, we had to guarantee everyone’s health. We did not want to be in the position of putting health at risk.”

“We know that we left the club in the hands of a temporary manager, who in these moments of pandemic, we do not know if he will be able to call elections. The will of the board has never been to perpetuate itself in the club. After the elimination of the Champions League, it was easy to resign, but we had to guarantee the future of the club in the midst of an unprecedented global crisis. We could not leave the club in the hands of a temporary manager. Who would have signed a coach or sign players or ensure Messi’s continuity or adjust salaries? As a board, we had an obligation to do so. We called elections on the earliest available date according to the statutes. An early resignation would have caused a power vacuum in a few weeks in which we had to make far-reaching decisions. We had no reason to resign with an election called in March. We did not want to run away despite personal wear and tear. A club like Barça must have orderly transitions. Too many times we have found term ends prematurely and therefore our statutes provide for this wide margin in the calling of elections.”

“It has been hinted that we had things to hide and that we were afraid to endorse. All fake. They say that I have a great capacity for resilience, but what I have is a lot of experience. I have always defended that our self-criticism makes us stronger and what we have experienced in recent months passes the limit. I have been insulted and threatened, like all the members of the board.”

“It has been an honor to serve the club, as an officer and as president. I have tried to assume the position with responsibility and honesty. I hope that the next few days the salary adjustment of the workforce and employees can be closed, which if not done could have serious consequences in the club. Hopefully there is an agreement from all parties.”

“I can announce that yesterday we approved the requirements to be part of a European Super League. The decision to play the competition must be ratified by the next Assembly. We can proudly say that we are the best club in the world in value. We have achieved it ahead of great magnates and states, keeping the club in the hands of the members. The European Club Super League will ensure that the club remains the members’. Our uniqueness means that we do not have to distribute dividends and the benefits have been allocated to sports and property investments.”

“The club has an indisputable solidity. The Barça Corporate project will generate more value for the club. I would also like to refer to Espai Barça, approved by the members in a referendum. The Espai Barça is already underway and we leave the possibility of stopping the works at the disposal of the new board at no cost.”

“We Barcelona fans can feel privileged. The cycles have been renewed and we have continued to win titles: 34. A median number of titles unprecedented in history. The renewal of the team should have been done last year and I assumed it, that is why I called elections in March. We wanted to ensure a transition with the new incoming board. It was necessary to rejuvenate the squad and change inertias, that implied the departure of important players in recent years, and we have incorporated young people from Barça B and abroad. As I said, the decision to sign Koeman had to be made by the board of directors and we are very happy with this decision. I hope that time will add value to our assets.”

“We are the most loved club in the world. We wanted to be a benchmark to promote the role of women, with a first-rate female team. Barça is committed to society and to a Foundation that is a benchmark that is being fundamental in the pandemic. La Masia has established itself as a human and educational benchmark, as it is also a pride to have Barça Academies all over the world. Our multisport vocation is more alive than ever. Since 2010 we have celebrated a total of 149 titles in all professional sports. We have had to manage Barça in one of the most convulsive times in the country and the club. We have always stood by our institutions with the banner of the right to decide and freedom of expression.”

FC Barcelona’s management now rests in the hands of Carles Tusquets, who has to call elections in the coming forty to ninety days according to the statutes of the club.