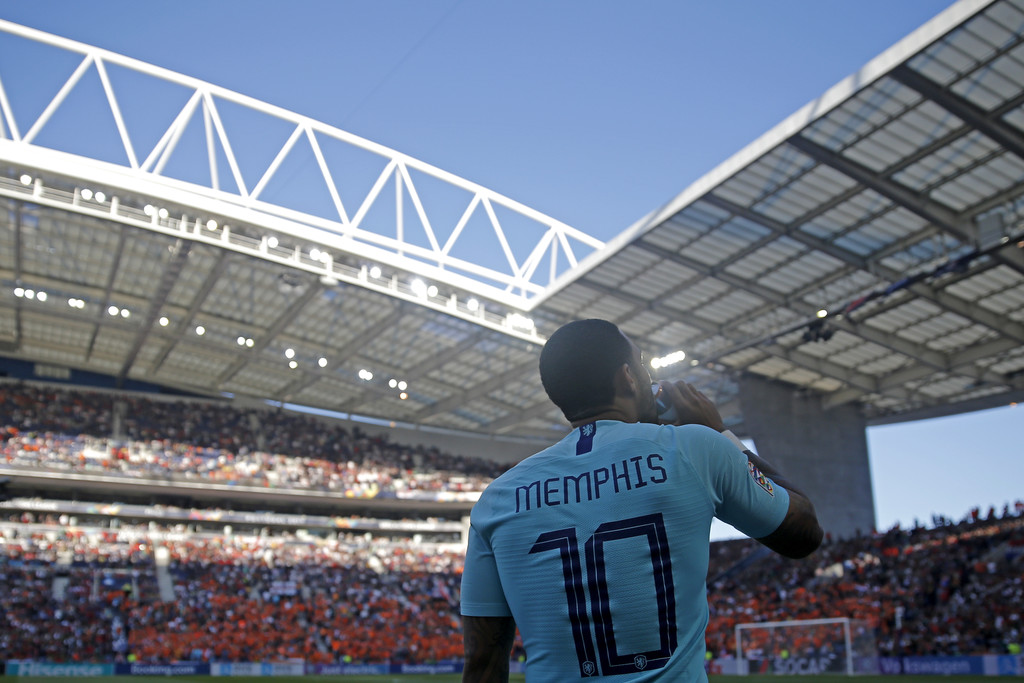 Amid rumors of Memphis Depay leaving Olympique Lyon, club president Jean-Michel Aulas has shot down rumors of a move away for the Dutchman.

Barcelona have been working on several departures and arrivals following the recent appointment of Ronald Koeman as the Catalans’ new head coach.

Among the names that have appeared on the list of potential arrivals is Memphis Depay, who has played for PSV in his native Netherlands, Manchester United, and now Ligue 1-side Olympique Lyon.

The 26-year-old forward has been linked with various clubs, including Barcelona, given Koeman’s positive perception of Memphis’ style of play, one he feels would suit his ideas for Barcelona well. Several reports from Spain have stated that the player could join the Catalan side for around 25 million euros.

However, Lyon’s club president is in disagreement with these rumors, and has now gone to social media to shut them down.

“Memphis [Depay] could have left in August, but now he should stay until 2021,” Aulas began.

“Contrary to what I have read, there have been no talks with Barcelona. I do no think that it is in Lyon’s interest to allow their captain [Memphis] to leave, after this season was prematurely ended by the LFP [the French football association],” Aulas explained.

Sources have also confirmed to Blaugranagram that there have been no exchanges between Barcelona and neither of Memphis’ agents, nor with Olympique Lyon, with the latter aspect now having been confirmed by the French club’s president.

The Dutch forward’s current contract with Lyon runs out in the summer of 2021, where he will be a free agent, provided he does not renew his contract with his current club.