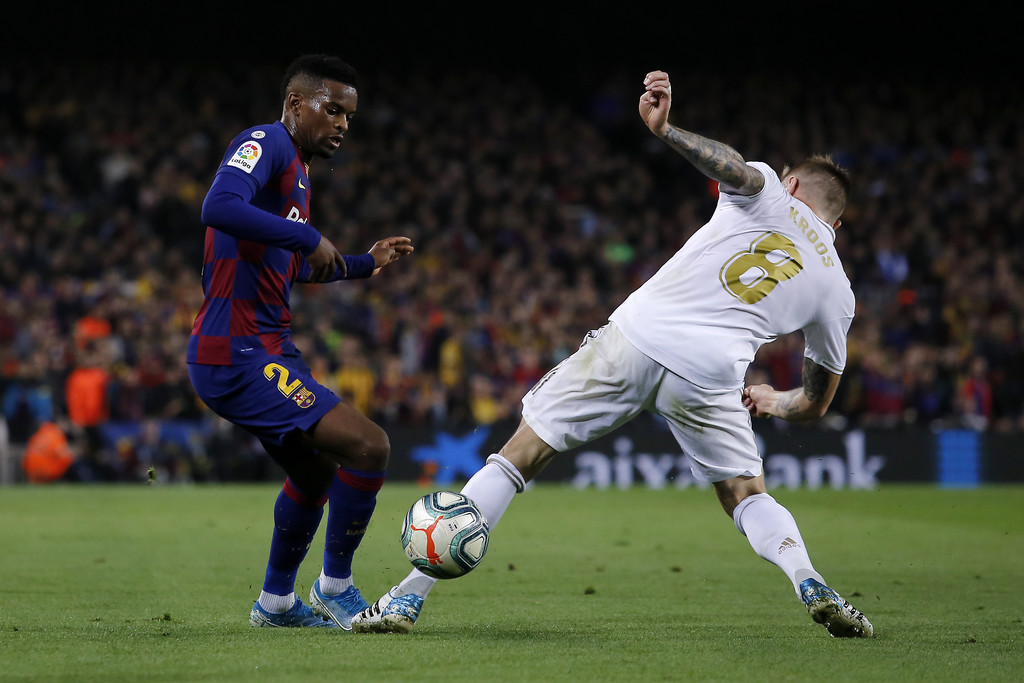 Nélson Semedo recognizes that he is better off elsewhere, and wants to leave the club. Meanwhile, Juventus and Barcelona are far from reaching an agreement.

Nélson Semedo’s time with Barcelona has not been as good as the Portuguese defender would have hoped for. Having played second fiddle to a midfielder-turned-defender in Sergi Roberto for a long time, the defender finally looked as though he had cemented himself in the starting lineup this season.

The Portuguese defender has featured in 21 out of Barcelona’s 28 league games this season, after deciding to stay amid interest from fellow league side Atlético in the summer.

The pandemic has, however, hit clubs drastically from a financial standpoint, and this has forced Barcelona towards being lenient in terms of departures this season. In fact, it is very few players that are considered absolute untouchables in the squad when the summer transfer window opens.

And Nélson Semedo is not among those names.

In fact, the player believes a change of scenery could be the best option for him, as a source close to the player has confirmed to ESPN.

“He has never felt like he was a starter in the team, and understands that an exit could be better for him,” a source close to Semedo explained to ESPN.

According to ESPN, the player has attracted interest from both Inter Milan and the Premier League giants Manchester City, and will not be short of suitors should he decide to leave.

Juventus are also a potential destination for the full-back, as the Italians have been in talks with Barcelona over a potential player exchange deal involving Miralem Pjanić for some time now. The Bosnian midfielder has given Barcelona his go-ahead, and Semedo has also agreed to leave the club according to reports from Spain.

The talks between the two clubs have, however, been halted a bit, and they are, as a result, far from reaching an agreement, according to ESPN.

While Juventus insist on Arthur’s inclusion in a player swap deal, the Brazilian is set on staying, and has even publicly expressed his desire to do so. A source has since reaffirmed the player’s desire to stay.

“Arthur does not want to move [away from Barcelona], and in this sense, the case is closed,” a source close to Melo told ESPN.

As a result, Barcelona are studying alternatives to include in the deal, with names such as Jean-Clair Todibo, Samuel Umtiti, Ivan Rakitic, Arturo Vidal, and, now, Nélson Semedo, all on the table.

With the Catalans taking a liking to Pjanić, the club’s technical secretary, Éric Abidal, and sporting director Ramón Planes, have had conference meetings with their Juventus counterparts as well as various player agents, in an attempt to find alternatives to include in the deal.

Semedo’s contract with Barcelona runs out in 2022, as he penned on a five-year deal when he moved from Portuguese side Benfica in 2017.