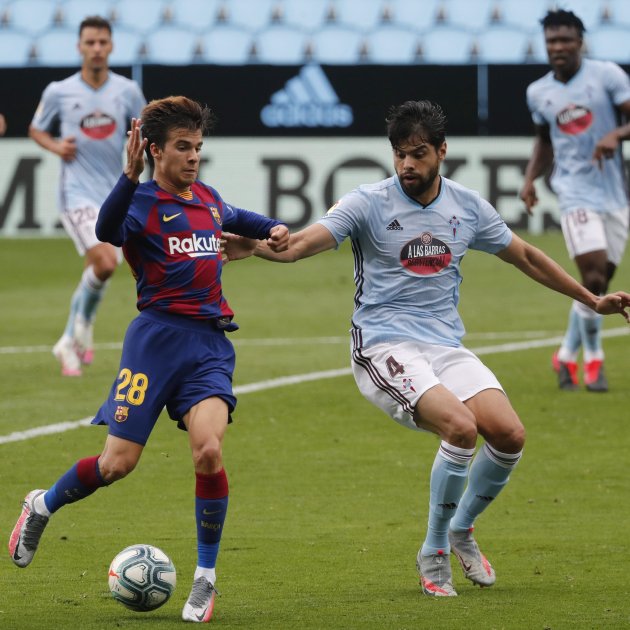 News have confirmed the club’s plans for Riqui Puig, Ronald Araujo, Juan Miranda, Matheus Fernandes, and Oriol Busquets, with the season on the verge of starting.

Riqui Puig:
According to Mundo Deportivo, the diminutive midfielder will remain in the first team’s dynamics and train with them, but he will still be registered with a B-team number. This comes after Riqui’s decision to stay and fight for a spot, despite Ronald Koeman informing him that he will not have many opportunities in the current setup.

Ronald Araujo:
The center back seems to be set for a similar fate to Riqui’s, according to SPORT. The coaching staff are happy with his performances and will therefore keep him in the first team’s dynamics, but he will remain with a B-team number.

Juan Miranda:
The left back does not see staying with the B-team as an option. If Junior Firpo is sold, Miranda will be given chances as the first team’s second choice left back. However, if Firpo stays, Miranda will look to leave Barcelona, with Real Betis looking like a possible destination for him, per Santi Ovalle.

Matheus Fernandes:
Santi Ovalle has also reported that the entourage of Matheus Fernandes have it very clear that the Brazilian will stay at Barcelona. The player held a conversation with Koeman, where the coach encouraged him to work hard and wait for his opportunities, according to the same report.

Oriol Busquets:
The defensive midfielder has many options to stay with Barça B, according to Santi Ovalle. The club has received offers for him, but are optimistic that he will say. Oriol would have liked to have had more opportunities with the first team.