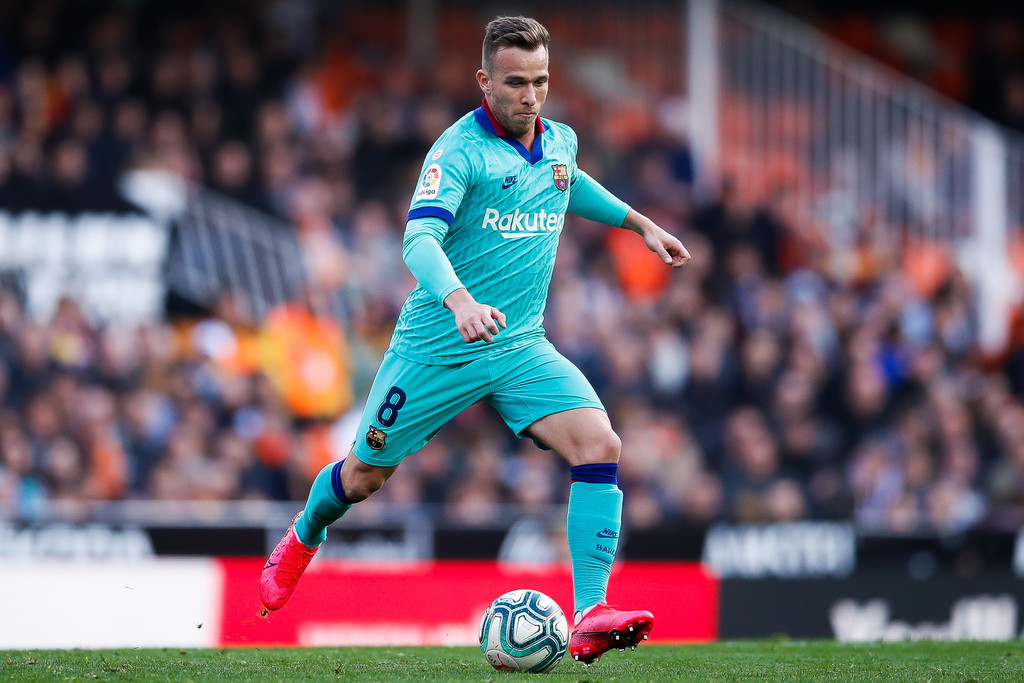 This article was written in collaboration with Riddhi Nirkhe.

The Brazilian midfielder of FC Barcelona is, per reports, set to join Italian giants Juventus, while Miralem Pjanić will join the Catalan side.

There has been a lot of noise regarding a move between Arthur Melo and Miralem Pjanić. Radio Catalunya first broke the news on April 30, saying that talks between Barcelona and Juventus were at a very advanced stage, with the two players being the topics of discussion.

Arthur Melo arrived in Barcelona in 2018 from Brazilian club Grêmio after winning Copa Libertadores in 2017 and Campeonato Gaúcho in 2018. The Brazilian has been a fan favourite since his arrival, impressing fans by his amazing passing and ball controlling ability. He has scored four goals and set up an additional four since his arrival. Many, including Xavi Hernandez himself, said that the Brazilian’s style of play was reminiscent of that of the Barcelona legend now coaching Qatari side Al-Sadd.

Since then, the player has garnered interest from several clubs, with Juventus being the ones most interested in the young Brazilian.

The youngster still has a lot of years ahead of him, and has shown great ability on and off the ball, with his press resistance and ability to control the tempo of the game being some of his strong suits. Miralem Pjanić has played in a similar role for Juventus in recent years, before seeing himself playing second fiddle to Uruguay international Rodrigo Bentancur, with the Uruguayan preferred by the newly-appointed manager, Maurizio Sarri.

This has changed things for the Bosnian midfielder, who is looking for a way out of Juventus, and with Barcelona calling, seems to have very little doubts about a move to Catalonia.

In order to facilitate the move, Barcelona have discussed the names of several players to be included in the deal, with Juventus being very adamant on Arthur Melo being in their ranks, if they were to send the now Juventus outcast Pjanic to the Catalan city.

While the talk in the press initially seemed very one-sided, talks between the clubs have since gathered pace, and Arthur now seems closer than ever to joining Juventus, with Pjanić going the other way. A majority of the Barcelona faithful have been asking for the Brazilian to stay at the Camp Nou. However, with Barcelona wanting the player to leave to help balance the books that also has high earners such as Philippe Coutinho, Antoine Griezmann and Ousmane Dembélé, Arthur now appears more open to a move away from what he dubbed his dream club.

While the player initially denied the rumors of wanting to leave, saying he wanted to stay for years to come, with his mother and representative also echoing that same sentiment, the tone has since changed. In fact, the reactions from Arthur’s side of the table have been very minimal, and with both clubs looking towards agreeing on a deal soon, it is possible that Arthur and his people are keeping a low profile to avoid the deal falling through.

Blaugranagram contacted Arthur’s entourage, who were not willing to comment further on the saga, which had already been a very hot topic with both clubs reportedly heavily interested in sealing the deal before June 30.

According to multiple news outlets from Spain, the Brazilian would sign with Juventus fora transfer sum of 80 million euros, with Pjanic joining Barcelona for 70 million euros, thus resulting in a 10 million profit for the Catalans.

The motives behind the move

Even though the player has won the hearts of the fans, he has been injury prone and has played only 27 matches so far. His performance after coming back from injury have shown a lack of rhythm, as he has needed time to adjust after the pandemic. The player has shown dedication, both on and off the pitch, which was echoed in Setién’s recent press conference ahead of Saturday’s clash with Celta.

With the pandemic triggering an influx of problems for many clubs and entities around the world, Barcelona would be one of the clubs looking to offload some of the heavy earners to help balance the books ahead of the new season. The pandemic meant that no public attendance was allowed in stadiums, in addition to putting a lot of the external sales channels to a halt. With this in mind, Barcelona are working towards earning money from — and ahead — of this transfer window, to avoid struggling further financially next season.

According to multiple reports from Spain, Barcelona are interested in sealing the deal before June 30, with the transfer window opening on July 1 in Spain and Italy, respectively.

Arthur was signed by Barcelona from Grêmio for 31 million euros plus add-ons in 2018. He is reportedly set to land a deal tying him to Juventus until 2025, whereas Pjanić would be Barça bound until 2024.