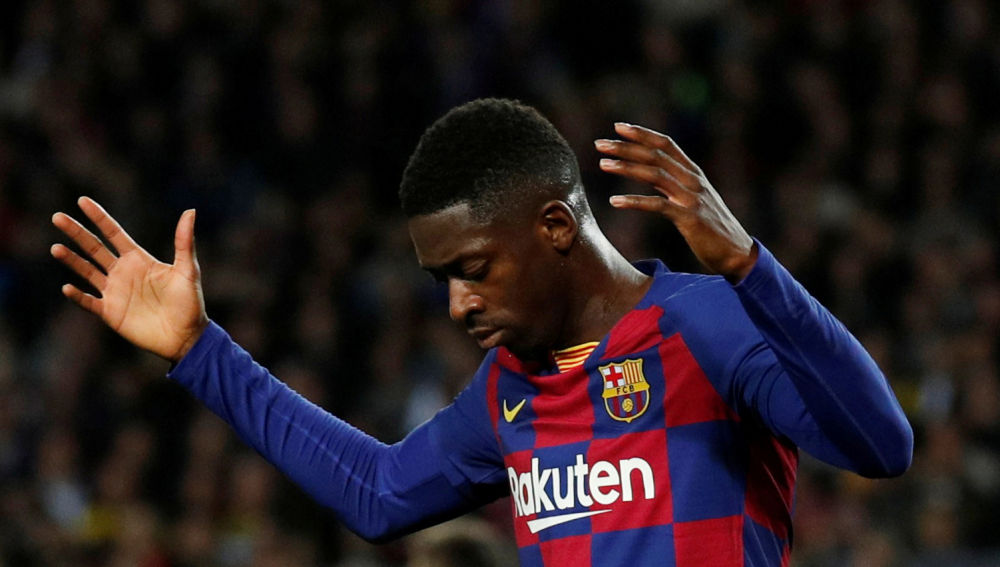 Juventus and Barcelona continue their talks over a player exchange deal involving Miralem Pjaníc. Now, Ousmane Dembélé’s name has been thrown into the mix.

Clubs around Europe are currently planning their finances and spendings for the upcoming summer transfer window, and Barcelona are no exception.

The Catalans have been talking to Juventus for some time in an attempt to sign their Bosnian midfielder, Miralem Pjanić, with the player having already agreed to move.

Several names have been mentioned, as part of the negotiations, including the likes of Jean-Clair Todibo, currently on loan with Schalke, Ivan Rakitić, Arturo Vidal and Nélson Semedo.

And now, another Barcelona player’s name has been thrown into the mix: Barcelona’s French winger, Ousmane Dembélé.

The player’s time in Catalonia has been plagued by injuries, with his most recent one keeping him sidelined since February. His recovery is going well, as has been admitted by the doctor monitoring him, Lasse Lempainen. The player was diagnosed with a hamstring injury, which would keep him sidelined for over five months. This allowed Barcelona to sign Martin Braithwaite outside the transfer window, much to Leganés’ dismay, as they were not allowed to sign a replacement.

However, the French forward has been said to have improved his attitude further this season and has seemed more determined than ever to succeed in Barcelona. His injuries, however, have not helped in that regard.

According to the Spanish news outlet, Mundo Deportivo, Juventus also recognize the talent possessed by Dembélé, and are now interested in acquiring the player.

However, due to his injury, the Italians would not be committed to signing him on a permanent deal just yet. Instead, they favor a loan deal which could be included as part of the swap deal that would send Pjanić to Barcelona.

Barcelona’s president, Josep Bartomeu, has previously admitted that this transfer market, in his opinion, is very likely to be heavily influenced by swap deals. The coronavirus pandemic has caused an influx of problems from a financial standpoint for football clubs around the world, and player exchange deals could be the way for players to get the change of scenery that they desire.

Ousmane Dembélé’s current contract with Barcelona runs out in 2022, having signed from Borussia Dortmund back in 2017. If he does leave on loan, it is possible that his contract is extended prior to the loan move, so Barcelona avoid losing the player for cheaper than intended.

The Frenchman has only featured in nine games for Barcelona this season, having scored once in LaLiga Santander during those appearances.