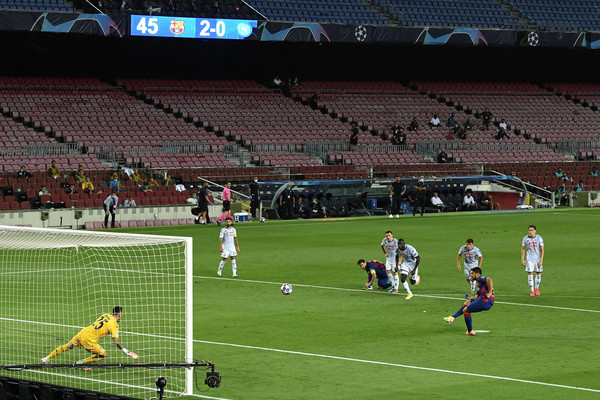 As the imminent departure of the 33-year-old Uruguayan approaches, Ronald Koeman faces the mammoth task of replacing the club’s third highest all-time goalscorer this season.

With Luis Suárez close to a move to Juventus, Ronald Koeman and his team have started assessing options for a new number 9 in the team, and they have reportedly set their sights on 2 possibilities for that role.

According to Mundo Deportivo, a possibility from within the club is the 17-year-old wonderkid from La Masia, as his goalscoring instincts have been noted by Koeman, most recently in Spain’s game vs Germany in the UEFA Nations League. It is important to know that, for several years as a youth player, Fati had played in a central role so he would be familiar with the requirements of that position.

Another option Barça seems to be monitoring closely is Lyon’s Dutch forward. Koeman knows Memphis well from his days as The Netherlands’ national team manager, and the pacey forward has enjoyed a good end to the 2019/20 season. Memphis only has 1 year remaining on his contract, and has therefore been heavily linked with the Catalan club as an affordable option for the center forward position.