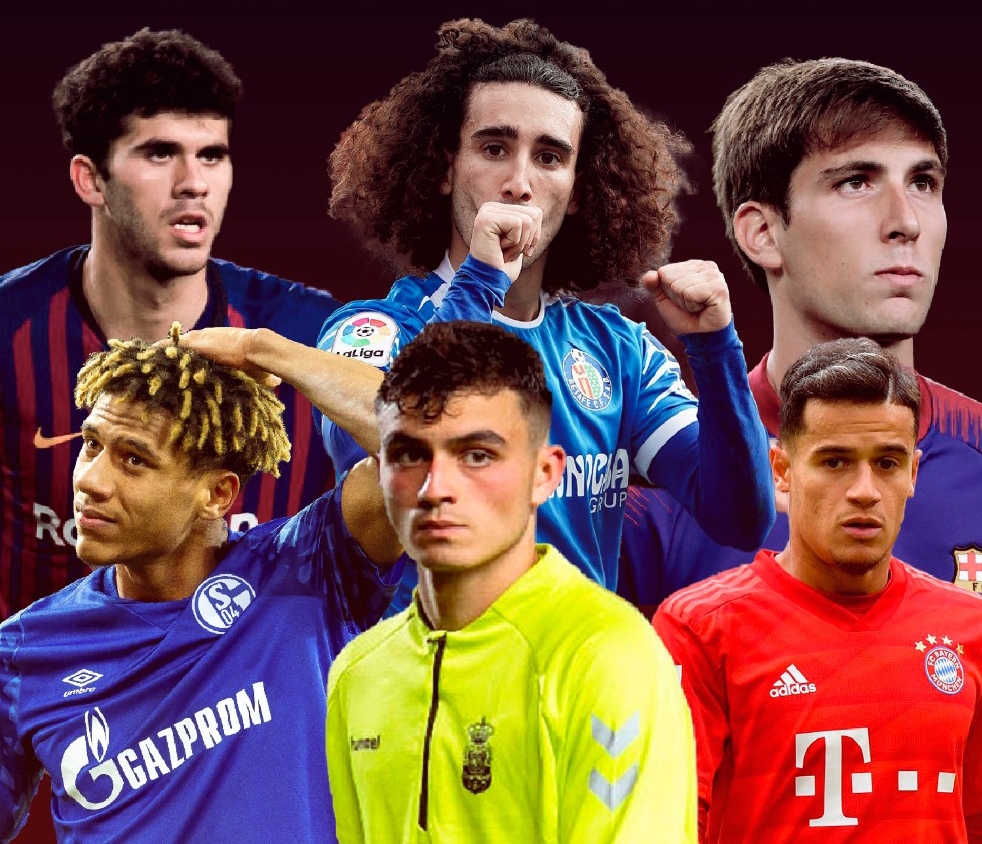 As the transfer market edges closer, Barcelona are planning their moves for the players returning from their loan spells this summer.

Barcelona are beginning to define their movements for the transfer market this summer. One of the most important decisions that the Catalan club must take is to decide on what will happen to the club’s players on loan. This will be done by taking into account the possible exchange deals they could enter in, as the negotiations this summer looks to be heavily marked by swap deals.

The players on loan are many and each loan spell has been very different. As reported by the Catalan news outlet, Esport3, the Catalan club is beginning to make its intentions regarding the future of each player clear.

Marc Cucurella
The academy player and former Barça B player, has been on loan last season at Getafe with José Bordalás’ team. He has impressed with his good performances for the side that proved to be a revelation this season, and could return to Barça. His return to Barcelona would however be conditioned on a departure of Junior Firpo, in the left-back position, according to the same report.

Juan Miranda
He could be the first to leave on loan once again, after six months on loan at Schalke 04. Without finding the game time he was looking for, the left-back is set to return to Barcelona but the club’s intention is to move him on once more, as he, per the same report, is not considered part of the plans for the team.

Oriol Busquets
According to the same report, the homegrown player will be loaned out again, despite publicly expressing his desire to wear the Barça shirt for this coming season, Barça does not bet on him and opens up the possibility that he will return on another loan after a successful loan spell with the Dutch side, Twente. However, multiple sources have previously informed that he could partake in preseason with Quique Setién’s team. However, he has many suitors in LaLiga and the Bundesliga.

Matheus Fernández
The Brazilian midfielder, was initially signed for Barça B and was loaned to Real Valladolid, due to problems with his papers and permissions as a foreigner, has not been able to play a single minute in Spanish football. It is reportedly expected that he will remain on loan and could even spend more time in Valladolid, where the pandemic has put a halt to his loan spell.

According to the same report by Esport3, several players want to be sold in Barcelona.

Philippe Coutinho
Despite the fact that Barcelona coach, Quique Setién, has praised the player, Barça reportedly plan on getting him out of the club as difficult as his departure may be. Bayern Munich are yet to execute their buy option on the midfielder, and very few teams could match the price tag of cash that Barcelona have put on the player.

Moussa Wagué
According to the Spanish news outlet, AS, the Senegalese defender asked the club for permission to train and stay in shape. After his loan at Nice in Ligue 1, he is, per Esport3, looking for a way out, or potentially being part of a player swap deal.

Jean-Clair Todibo
The French centre-back has been one of the few players on loan who had a fruitful time away from Barcelona. With this, Todibo has reportedly attracted the attention of several clubs around the world. After his successful loan spell at Schalke 04, the German club made its intention of taking advantage of the buy clause clear, but for financial reasons, it was not viable. According to the same report, Barcelona is considering selling the young player for a much higher figure than they paid to sign him. The fee is estimated to be around 25 million euros, and now that the Bundesliga is about to return, Todibo’s value could rise if he continues with his good performances.

Rafinha Alcantara
After his career in Barcelona has been frustrated by injury issues, Rafinha has been on loan at different clubs. During this season at Celta de Vigo he impressed, but the Catalan club keeps the door to a move away, and this time not only on loan.

Nélson Semedo
The right back is considered transferable by Barcelona, or could be an option in a player exchange deal for another footballer, per Esport3.

Carles Aleñá
As previously reported, Carles Aleñá has already been informed that the club counts on him. Barça’s intention is to have him become a part of the first team after the good performances he had for the Verdiblancos in Seville, Real Betis.

Francisco Trincão
The signing of the Portuguese winger will be effective from July and the intention of Barcelona is to give him opportunities in the first team. The prospect of him moving away is not considered by the club.

Pedri
The versatile Spanish youngster, considered one of the great promises of Spanish football, is considered for Barça’s first team, as the club wants him to stay and wants to give him opportunities with Barcelona, according to the same report.